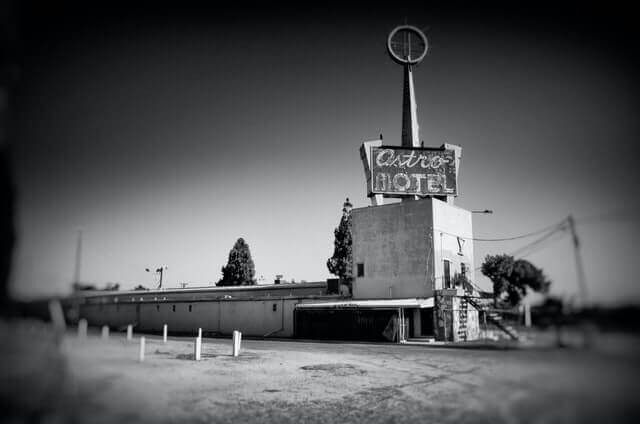 With the turbulence experienced in 2020 showing few signs of easing off during the first half of 2021, we invited three leading hospitality experts to discuss how they see behaviors and trends developing over the coming period.

While regions, particularly in Asia have seen some degree of recovery driven largely by the domestic, drive-to market, occupancy spikes seen in the regions particularly during weekends and holiday are expected to continue to be unpredictable due to rolling lockdowns and frequent changes to travel rules are expected to continue for the foreseeable future. However, hotels are seeing encouraging signs both from their own teams’ ability to pivot to generate new revenue streams and embrace new technology, and also to drive profitability despite significantly reduced profits.

From Bollywood to spin bikes, hotels are doing whatever it takes to drive demand

Hotels are thinking on their feet when it comes to optimizing demand generation. Voucher schemes and increased use of payment gateways and apps have made it easier than ever before for customers to make bookings and purchase everything from breakfast to spin bikes.

“This crisis really made us rethink how we do things. We’d never used vouchers as much as we have done through this crisis. We developed payment gateway capabilities to sell almost anything online. You could buy a wedding in installments… We were selling PlayStations to people in our quarantine hotel, exercise classes and bikes to generate a bit of revenue to get us through the crisis,” commented Marcos Cadena.

The hotel also launched a breakfast delivery service through a dedicated website. “We were doing things we never imagined before. Suddenly we realized we can actually do all these things if we have the will and the time,” he said.

The team at Compass Group has also been quick to pivot bringing a touch of Bollywood glamour to their Scottish hotels by changing their room types to long stay and hosting a film crew. Elsewhere they have also adapted hotels in Thailand to support guests arriving from overseas who need to quarantine and successfully launched a voucher scheme. Rooms have also been converted into co-working spaces in the UK which attracted national news coverage.

There has been a marked increase in the number of guests booking directly with hotels, likely due to wanting peace of mind in such uncertain times. Hotels who have been quick to capitalize on live chat, messenger services as well as more traditional methods including phone bookings. Combining this approach with increased use of Pay Per Click, metasearch, and OTA campaigns is paying off.

“After the first lockdown, direct bookings went up because people thought they would be better protected,” says Tejinder Sidhu. “We increased aggressively on PPC, metasearch and OTAs such as Agoda played a key role in promoting the market. They have been very flexible and amenable to hotels.”

As with hotels, online travel agencies (OTAs) have also had to work hard to keep up with constant changes in travel and booking behavior. With the domestic markets now comprising such a significant part of demand, this has become Agoda’s and other OTAs’ key focus – with incentivized programs such as Agoda Growth Program to help drive traffic to hotels, as well as forging strong partnerships with governments to support their travel initiatives.

They chose to not take commission on bookings made through government travel initiatives and are working with hotels to encourage them to use OTAs’ suites of marketing tools rather than rely on reducing room rates.

“Everyone has reassessed their tools,” comments Andrew Smith. “We can’t just continue to reduce prices, or it becomes a race to the bottom. Hotels need to look at more ways to increase their online presence, so customers are seeing them and increase their potential to convert,” he adds.

Now’s the time to rethink your wholesaler strategies

With all but essential international travel on hold, hotels have seen a significant reduction in inventory being made available to wholesalers and are taking the opportunity to revisit their agreements.

“With airports being shut, wholesalers have gone down. Most business is direct or through OTAs. Maybe this is a chance for hotels to standardize their contracts with wholesalers around static and dynamic rates. In our opinion, until overseas travel starts, we don’t expect to see much volume from them,” says Tejinder.

Marcos agrees and his team has already undertaken a review to focus on partners who deliver value and volume: “We took the opportunity to review our wholesaler strategy. We told partners we were going dynamic everywhere because there is no need to keep putting prices down. We’re starting to see a consolidation of these smaller agencies because the industry is so broken,” he says.

While Google’s Pay Per Stay (PPS) bidding strategy offers hotels the opportunity to eliminate the risk of paying commission on canceled bookings, the launch of the new tool is being met with a mixed response with some concerned that yet another channel may just overwhelm smaller hotels.

“For smaller operations who struggle with dealing with more tools, it’s quite cumbersome because it’s another channel to connect and distribute. It sounds great but it’s not always easy to adapt to it,” cautions Marcos.

Perhaps the appeal of PPS will be a slow burner? “It’s going to stay this way for a while, but as international travel opens up, airfares are not fully refundable so people may become more confident about booking a less flexible room,” adds Andrew.

Data-driven decisions will be a deciding factor

For hotels reviewing their approach to capturing demand in the coming year, having access to up to date data from across their business will provide them with a competitive advantage, says Andrew who shares advice for the year ahead: “Don’t panic. Things will go back to some form of normality. We’ve seen businesses lose sight of their core revenue streams, who aren’t aligned with their objectives or core business and don’t make decisions based on data. Now is the time to look at things and see if you’re really getting value.

“Spend time in analysis and forecasting rapidly to inject new signals into data. People who are accurately able to forecast using fresh data will do better.”

In the drive to keep hotels open and win heads in beds, it can be easy to overlook the people making this all possible. It’s vital to recognize the extra mile they have gone to, urges Marcos: “People working in hotels have made huge sacrifices. Take care of your staff as much as you can because people have been doing things that are superhuman. We’ve been able to deliver great things but that’s come at a cost of people working really hard.”

3 Easy-to-Manage Guest Services That Can Boost Revenue
Today we look at 3 guest services that can be offered and booked through au...
How to make the greatest revenue impact with strategic forecasting
Ask any General Manager or Reservations Manager when the greatest percentag...
Navigating the Pandemic and Recovery with Innovative Hotel Tech
Hotel tech has developed leaps and bounds. From a wider choice in PMSs and ...
Japanese Return to Travel: Strong Demand But Little For Europe
The data testifies to a great upturn in Japanese travel demand, but for now...