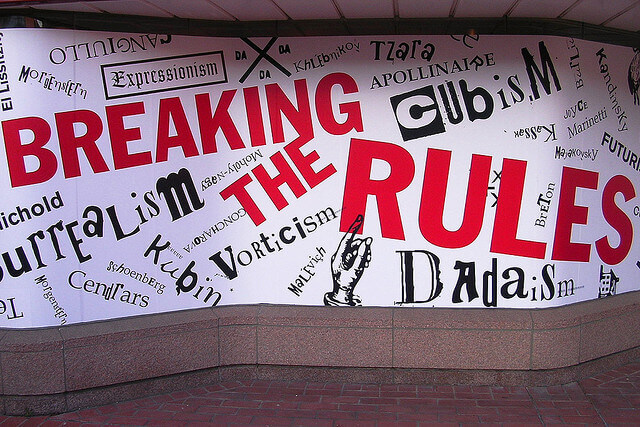 So promotions will undoubtedly be one of the key tactics that hoteliers will rely upon to generate demand throughout 2021, in what is predicted to be the toughest market for travel, tourism and hospitality in a century.

While price-focused promotions are certainly an effective way to generate bookings, they can also land hotels in trouble, if not set out correctly. Over the years, there have been several cases of hotels and other travel businesses around the globe being sued or getting in trouble with regulatory bodies.

It is not always easy to comply with every piece of legislation in the countries or regions that international hotel chains run promotions; indeed, things can get complicated – which is why Fornova employs a team of experts that keep on top of all the different rules and can guide our clients through the process.

In this blog, we look at the main pitfalls when running promotions and explore some of the cases where hotels have fallen foul of the rules.

In general, while legislation is different from region to region, it could be said there is an overarching and clear principle that runs across all of them: consumers should have truthful and accurate information that allows them to make informed decisions. Whether on search page results, OTA promotions, broadcast or in print, hotels must tell the truth and not mislead consumers. So what kind of promotions would get a hotel in trouble? The USA’s Federal Trade Commission (FTC) states that a claim can be deceptive if it states or implies something that is not true, or if any relevant information necessary to prevent the claim from being misleading has been omitted.

When stating prices for rooms or accommodation, hotels must include all non-optional taxes, duties, fees, and charges that apply to all or most buyers. If ‘extras’ like Wi-Fi and breakfast are subject to additional charges, it should be clear that they are not included in the stated room price.

Similarly, marketers should state clearly whether any other taxes (or charges) levied abroad but not paid at the point of purchase, will be payable.  This means that the full amount consumers will pay for their stay should be clear to them upfront – there shouldn’t be any surprises later in the booking process.  It should also be clear when a consumer will be expected to pay.

The UK’s Advertising Standards Authority (ASA) ruled against TUI Travel Plc because a “Pay at hotel” claim did not make it sufficiently clear that this option did not apply to non-refundable bookings. You can read more about this case here.

Price availability and using “from”

Demand is constantly changing and promotions can have a very limited shelf life, which means that usually only a certain percentage of inventory will be made available at the promotional rate. If this is the case, hotels must ensure the rate is promoted as ‘from’ the rate advertised. Hotels must also be able to prove that they have a significant number of rooms available at the ‘from’ rate.

A complaint about an advert for a holiday which stated “£377*pp incl. flight & hotel” was upheld in 2017, because the price was both subject to change and had limited availability, but was not described as a “from” price. The ASA considered that the ad should present the price as a “from” price, and include a prominent statement indicating that prices were subject to change and had limited availability.

In a separate case, an advert for Mercury Holidays which quoted a “from” price for a holiday, was considered misleading by the ASA. Whilst it was acknowledged that, because they were working with third-party content, they would be unlikely to be able to monitor real-time availability of flights, they considered that the advertisers should nonetheless have been able to demonstrate that a quoted price was available at the time the ad appeared, and in reasonable quantities. Because the ASA had not seen evidence to demonstrate that a reasonable quantity of holidays were available at the advertised “from” price at the time the ad appeared and because the ad did not make sufficiently clear that the “from” price was subject to change and had limited availability, they concluded that the ad was misleading.

The days of adjusting prices weekly – or even daily- are fast becoming a thing of the past. If hotels are to remain competitive their rates must be dynamic, changing multiple times a day and being adjusted by target region and audience. It is the hotel’s responsibility to ensure that all price statements are accurate and, if making savings claims, to hold evidence to demonstrate that a pre-discount price was genuine.

The ASA upheld a complaint about a TUI advert in 2017 which was promoting a sale on discounted holidays because, while they felt consumers generally appreciate that holiday pricing is fluid and that prices can fluctuate, the advertisers could not provide sufficient evidence to substantiate that the savings claimed were genuine. Similarly, in 2017 the ASA ruled that a flight listing on the advertiser’s website was misleading because the advertisers had not demonstrated that the price listed was genuine. The adverts were also criticized for failing to make it sufficiently clear that the prices were subject to change, how consumers could find the most up-to-date price, or that the ads referred to the price at the last update and when that update took place.

When running display ads that promote a product in a third-party space and encouraging consumers to seek further information, you should:

Remove the risk from your hotel promotional strategy, get in touch with our team today and discover how we can help you generate demand while maximizing your marketing spend’s ROI and adhering to all legal and regulatory standards.

Related Articles
How to Configure your Hotel Rooms and Room Types
Inventory, the number of rooms available to distribute or sell across chan...
Spanish Hotspots Experience Fluctuations in Travel Demand for Autumn
Tourists are mainly interested in the November 1st holiday; the search peak...
Spain: Strong German Travel Interest Uptick in Major Tourist Destinations
This data will help Spanish destinations update their revenue management an...
Revenue management technology – a low, mid or high-tech approach?
Taking a walk through the E-travel halls of the major industry fairs like I...
Revenue Management: Take back control of your inventory
PART 2 OF 3 – CORPORATE ACCOUNTS CONTRACTING NB: This is an article by Pon...
Watch Your Language! Content in the New Hospitality Landscape
In the Amazon era, consumers expect to be served relevant content or offers...

How Hybrids & Hostels Can Rapidly Shift Inventory For Changes in Demand

Price Optimisation: The What, The Why and The How