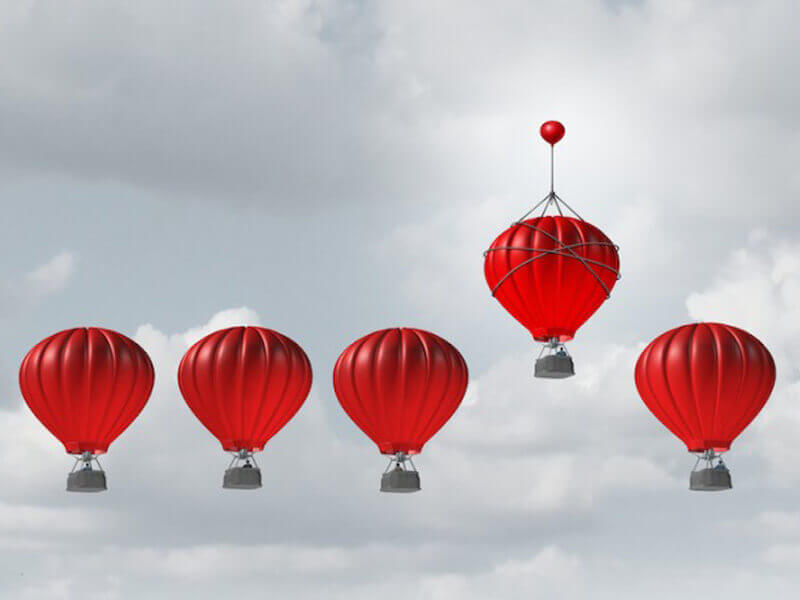 Benchmarking Should be More Than Just Data Comparison

Hoteliers are generally scared about sharing their performance data with the Competition, sometime for a question of shyness some others it seems they wouldn’t reveal their secret Coca-Cola formula.  This despite the logic of game theory confirms that a cooperative context tends to maximize the profits of all competitors.

NB: This is an article from Emanuele Mansueti, Trainer & Revenue Consultant at hotelperformance

Today the situation has certainly improved thanks to Internet, which has allowed the transparent publication of prices by all competitors, and thanks to the growing introduction of Data analysis tools and, Revenue Management System tools, which highlight in a more systematic way the pressure demand dates, and more.

Another tool that facilitates the analysis of the competitive field is certainly the Benchmarking. Although in most cases it is an a posteriori analysis – but more and more products are being created aimed at comparing even the forecast.

But let’s start from the origins, what is Benchmarking and how it was born.

Benchmarking is a comparison practice that allows companies to compare business processes and performance metrics with the best in the industry and learn from them to improve.

Robert Camp, lifetime president of the Global Benchmarking Network (GBN), director of the Best Practice Institute in the United States is recognized, throughout the world, as the father of benchmarking.

In particular the competitive benchmarking is aimed at understanding the factors that determine the competitive advantage of the best direct competitors and others, through a comparison of their organization with other similar ones. It is quite fast, simple and inexpensive and presents good possibilities for finding innovative solutions, but it is typically difficult to apply if there is no collaboration and if there is fear in revealing data between competitors.

Benchmarking, however, has advantages but also disadvantages.

Advantages can be summarized as:

While the Disadvantages are:

The main comparison indexes of the “Open View” Hotel Benchmarking

Now let’s look at the indexes of the “Open view” benchmarking, intended as the benchmarking where everyone sees everyone.

RevPar Yield Index: it is the percentage deviation of the Revpar of a single Hotel with the average Revpar of the Market Share.

Fair Market Share: it is the assumed market share of each individual Hotel, in terms of occupancy. It is calculated by dividing the capacity of the structure by the total capacity of the Market.

Penetration Index: it is given by the relationship between the Actual Market Share and the Fair Market Share.

The Ranking: Any value seen (from the Occupancy Percentage to the Penetration Index) can be put in descending order to make a ranking. Not all are useful, those for the main values ​​(% Occ, RMC and RevPar) may be sufficient, the others are nothing but consequences.

The difference and the difference with the previous year: The comparison of the data with the previous year can be made both in absolute terms of each value, and in terms of ratio, or the percentage deviation. If the analysis of the market share based on the individual data shows a picture of the situation, the one with the deviations makes the idea of ​​the improvements or deteriorations suffered over time, and better represent the work done. If an Hotel has a better RevPar because in a better position or has a better product, the representation of data in a single survey does not highlight the quality of the work performed.

Many benchmarking, especially those provided by third-party companies, show only a comparison with the aggregate data of the Competitive Set. This, in addition to ensuring greater confidentiality – the great hotel companions in fact are used to using this model – also allows a certain reliability. The anonymity in the competitive set almost reduces to zero the temptation to provide artefact data, as there is no reason to show up.

The indexes here radically change, but it always starts from the ADR and the % of Occupancy with the rules of the quality of the data agreed between the participants or dictated by the companies that provide the service.

The main indexes of this benchmarking model are:

MPI Market Penetration Index (Occupancy Index). The relationship between Occupancy percentage of the Hotel and the average occupation of the competitive set.

ARI Average Rate Index (ADR Index). The ratio between your own average room revenue and that of the competitive set.

RGI Revenue / RevPAR Generation Index (RevPAR Index). The relationship between the own RevPar and the competitive set one.

MPI, ARI AND RGI can be evaluated on a single date, on a month or on any time frame. In the same way it is also calculated on its variation compared to the previous year or to any other reference period.

Usually all the indices are also evaluated in the form of a Ranking. The combination of indexes and rankings offers a complete view on the performance of one’s own performances with respect to one’s competitive set.

In this type of analysis, much more important than the evaluation of the static data is the dynamic one, i.e. the deviations from the previous analysis periods. While ranking of MPI, ARI and RGI indexes gives our positioning versus the competitive set, the ranking of the changes over a period shows the goodness of the work done for the acquisition of market shares: an Hotel positioned at the top of the RGI ranking may assume it has achieved the maximum in that period, but if this were not confirmed by the same positioning in the RGI CHANGE Ranking, it would mean that it is losing positions and that competitors are doing better. An ideal goal would be to start from the last position of a specific Competitive Set and over the years be able to scale all the positions up to the achievement of the first, and then remoulade a new competitive set of a higher level.

To avoid that these analysis become a mere comparison of data, it is appropriate to know how to read them as data for measuring actions implemented with the pursuit of long-term business goals. These in fact, reading the evolution over months and years, must be the yardstick of the succession of tactical, strategic and structural operations, exactly as they were the times of a relay between Revenue Management, sales and Property.

Related Articles
The Role of Emotional Intelligence in Revenue Management
While writing extensively on Total Revenue Management over the last months,...
Lybra Announce Integration Between Lybra’s Assistant RMS & MasterYield’s PMS
Thourgh integration MasterYield’s PMS reservations data will populate Lybra...
How the Best Revenue Managers Have Transformed The Profession
The 10,000 or so Hotel Revenue Managers around the world are self-dividing ...
SEO in Post Covid-19 World: What Hoteliers Need to Know and Do
Falling organic traffic to your website does not mean SEO is redundant. On ...
5 Techniques to Boost Your Direct Booking This Summer
By making your hotel website messages as personalized as possible, you can ...
Rev Up Your Revenue Productivity Engine
I have long touted the benefits of a customer-centric revenue strategy, and...