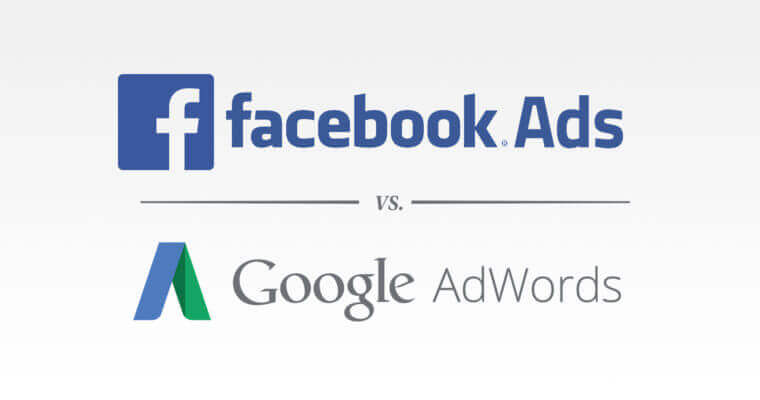 Facebook advertising and Google AdWords can both be viable paid media options depending on your goals and the marketing budget your company has. If you want to read how both Facebook and Google AdWords (paid search) can benefit your paid media strategy by targeting the full funnel, check out my most recent blog on “How to Leverage Paid Media for the Entire Customer’s Journey.”

So why is there so much discussion around Facebook Advertising and Google AdWords in the paid media space? Simply put, the continual growth year after year cannot be ignored.

According to Forbes, Facebook saw a 50% increase in active advertisers from 2015-2016 and reached 3 million advertisers. In addition, Facebook accounts for 65% of total social network ad spend expected to reach $36 billion this year. Why such a significant growth? This is primarily due to the platform’s targeting capabilities, the growth of mobile, and the growth of engaged users.

Not to be entirely outdone, Google saw a 17% increase in revenues year over year, comparing 2014 to 2015 according to AdAge. Growth in revenues for AdWords are primarily attributed to the growth of mobile, shopping, and other ad formats.

So, when you must select one advertising channel over the other, which one should you choose? As a side note for this article, when I talk about Google AdWords I’ll be speaking primarily to their search product (so please keep this in mind).

There are several factors to consider when deciding which advertising channel is best for your organization.

In most cases, the cost per click (CPC) will be significantly higher for Google AdWords than Facebook ads. Per AdEspresso, the average CPC for Facebook Ads in the US was $0.28 in Q3 of 2016. Conversely, Google AdWords search average CPC was $2.32 according to WordStream. Therefore, on average, Facebook ads were approximately 88% cheaper than AdWords in 2016. So if you have a very small monthly advertising budget (say $500-$1,000), it would be advantageous to run Facebook ads as it will allow you to “get more bang for your buck.”

Read rest of the article at Search Engine Journal

Related Articles
Beonprice "Who are We?" - In conversation with Emilio Galán
Emilio introduces us to Beonprice, it’s solutions, their core differentiato...
How To Budget Plan Amidst Uncertainty
With historical forecasts irrelevant, it can be useful to do “budget sprint...
Gain competitive advantage – build a revenue culture and align departmental goals
NB: This is an article by Pontus Berner, Co-Founder and Managing Partner at...
Guest Service Automation – Reduce Hotelier Labor and Drive Revenue
Not only does self-service and automation of guest services deliver both co...
Hotel Price Index changes since 2004
The Hotels.com™ Hotel Price Index™ (HPI®) is a regular report on hotel pric...
7 Pricing Strategies for the Clever Hotelier
One of the easiest ways to grow sales and increase profitability is with sm...