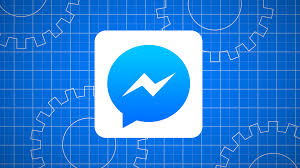 Last year we wrote about Facebook’s plans to launch Messenger bots which would, among other things, allow users to buy products, track orders, and even book hotel rooms, via an interactive, chat-based process. This year we returned to Facebook’s annual F8 developer conference to see what progress has been made.

Any organization can create a bot and submit it for approval by Facebook. Sample conversations are fed through M, Facebook’s AI platform, which analyzes them for content and determines how to handle future user-initiated conversations.

What is currently out there

Messenger Platform is still in beta, but we have tried out a number of currently-active bots with generally good results. Some, such as Shop Spring, provide a very slick guided conversion flow, and after you have selected options such as your price range and the kind of garment you want, natively displays carousels of potential products to buy.

Attempting to query items outside of the guided flow results in generic “We’ll be with you shortly” messages. After some time, the bot returns with a series of URLs to products on their website. These links are likely provided by manual human input.

Replies were typically slow across most of the bots we tried, and by all accounts this is an issue common to all bots, perhaps because Messenger Platform is still in beta.

Among the partners launching Messenger bots revealed at F8, several were prominent travel brands. While their existing chat accounts appear to be exclusively human-operated at this time, we are watching closely to see when and how bot-based automation is implemented.

We are extremely excited by the potential this new platform has to open new booking channels for hotel chains and OTAs. In particular, several things set this conversion flow apart from traditional user flows such as online or telephone booking:

Given what we have seen in the last few days, it is easy to imagine a new advertising channel based on the Messenger Platform. An existing metasearch publisher such as Google or Trip Advisor could set up their own bot to serve relevant, targeted ads to Facebook users.

Once a user has been characterized, and their desired destination, date, and price range established, a carousel of potential properties could be shown. Position in the carousel would be determined via a CPC bid auction. Feed management would be handled between the party purchasing the ad slot and the bot operator.

Bots can also be operated directly by hotel chains and OTAs, providing an automated and effective means of selling directly to customers. The operator would gain all of the advantages outlined earlier, including better targeting, automation, and potentially conversion rate.

At Koddi we see bots becoming an important part of the metasearch ecosystem, and another channel through which to advertise. Adoption will likely be slow, especially as it will take time for consumers to come to view Messenger as a reliable commerce platform.

It will be interesting to see what user conversion looks like through the new platform: do direct interaction and idle reminders increase the chance of booking, or will consumers be turned off by conversation or simply not adopt the platform in sufficient numbers for it to be effective?

Related Articles
Turn Sundays Into Fundays: 5 Creative Strategies to Drive Sunday Stays
We wanted to give you 5 inspiring ideas to market your Sunday night stays a...
PODCAST: Total Revenue Forecasting as a Step to TRM
This podcast looks at Total Revenue Forecasting (TRF) as a logical first st...
Determining Your Hotel's Channel Strategy Within Koddi
Each brand has different channels and opportunities within Koddi, but most ...
10 Ways to Increase Direct Hotel Bookings and Pay Less Commission
OTAs have increased their market share and now want to control the user’s j...
Update Covid-19 Hotel Attributes on 3rd Party Websites
Google my Business, Trip Advisor, and OTA’s have set up their COVID-19 comm...
The ‘Double Whammy’ of Booking.com’s Early Payment Scheme
Most of us realise that Booking.com have automatically opted our hotels int...