How Changes in Occupancy Affect Strategies for Maximizing Profit

The distinction between fixed and variable costs has blurred over time as technology, labor market conditions, and guest preferences have evolved.

NB: This is an article from CBRE

These trends have been exacerbated by changes in occupancy patterns post COVID.  Hotel owners and operators need to understand how these changes affect strategies for maximizing  profitability. Fixed expenses were generally associated with costs independent of hotel occupancy and revenue performance. These included property taxes, insurance, most maintenance expenses and management salaries.

Variable expenses, on the other hand, were more closely related to ups and downs in operations, mostly the day-to-day changes in occupancy. These were costs like housekeeping labor, guest amenities and travel agent commissions, which are charged to the rooms department.

Outside the rooms department, other operating departments such as food and beverage (F&B), parking, etc.  have their own fixed and variable variations.  Within the undistributed departments franchise royalties, other brand fees (like loyalty points), credit card commissions and management fees are variable and are typically computed as a percentage of sales. There is also some degree of variability in utility costs and wear-and-tear related maintenance.

This analysis focuses on rooms department expenses, which inherently contain most of the variable costs, especially for properties that do not have a lot of F&B revenue. The composition of costs within the rooms department varies by type of hotel, but labor is generally the biggest component (typically around 55% to 60% of the total rooms department costs), with reservations costs, travel agent commissions, complimentary F&B (where offered), laundry, and guest supplies/amenities making up most of the balance.

Cost per occupied room (CPOR) and cost per available room (CPAR) are the key metrics used to analyze fixed and variable expenses. Since most rooms department costs are variable, one would expect CPOR to be the same regardless of hotel occupancy. Figure 1 shows rooms department CPOR trends for various types of hotels in constant dollars after factoring out inflation (1).  The data for the analysis comes from CBRE’s annual Trends® in the Hotel Industry survey of thousands of U.S. hotel profit and loss statements (P&Ls) dating back to 1970.

There has been an overall trend towards increasing costs, which are up on average about 50% between 1970 and 2019, mostly because guests have demanded more amenities such as complimentary breakfast and high speed internet. The sharp spike in CPOR in 2020 stands out in figure 1.  The reduction in rooms occupied during the year was dramatic, but managers were unable to cut expenses at a commensurate amount.  This exposed the fact that many of the rooms department  costs are more fixed than variable. This is because some costs behave more as a step function than a smooth ramp.  For example there needs to be a certain minimum level of staffing at the front desk regardless of occupancy, but incremental staff is usually brought in for a full shift rather than just for an extra hour or two.

As demand began to return in 2021, CPOR was below pre-COVID levels in all sectors except resort hotels, indicating that operators began to cut into the fixed components of rooms department expenses during the latter part of 2020 and into 2021.  Managers reduced fixed expenses partly because of cutbacks in service levels and the labor associated with those services.  Reduced business volume resulted in fewer labor hours scheduled.  Further, the closure of amenities and services also contributed to lower payroll burden.  This was particularly evident at full-service and convention hotels which have more labor and  are mostly urban properties located  in markets that were most affected by COVID lockdowns. As occupancy increased during the latter part of 2021, hotel operators were unable to re-hire employees to meet the rising business volume.  This, too, helped to tame expense growth in 2021.

Resort properties, on the other hand, tend to have a larger package of guest amenities and services which were not cut as dramatically during COVID.  Most of the resort hotels in the Trends® sample have higher price points.  To attract high-paying guests and justify the premium room rates, luxury and upper-upscale resort operators tended to retain most amenities and services.

Figure 2 shows historical constant dollar CPAR trends, which generally follow the same trajectory as CPOR. In theory, CPAR should be more variable with occupancy, as once a certain level of fixed costs has been spent, the incremental cost for each additional occupied room should be lower. CPAR also did not drop as much as occupancy in 2020 as fixed costs can only be cut so much, despite declines in business volume.

Among all hotel types, CPOR and CPAR are consistent until 2007, when CPAR rapidly accelerates (see figure 3). The rapid rise in costs on a CPAR basis since 2007 indicates that fixed (non-occupancy dependent) costs have been rising at a greater pace than variable costs.

During previous periods of demand stress (2000 to 2001 and 2008 to 2009) there were drops in CPAR, albeit not as dramatic as in 2020. Much of this can be explained by operators’ reactions regarding staffing during recessions.

Healthcare costs also influenced the reduction of CPAR during the recovery from the 2008-2009 recession.  Starting in 2010, many operators converted previously full-time positions to part-time, so they were not forced to cover these benefits. We believe that these trends will continue in the post-COVID recovery as none of these fundamental influences have changed.

Another way to look at trends in rooms department expenses is to measure costs as a percentage of sales (see figure 4). This is an important profitability metric, and if we exclude the pandemic-related spike in 2020, the margin has been surprisingly steady over the years. This indicates that as costs have increased due to expanded levels of service, the cost increases have been offset by commensurate revenue growth.  Limited-service hotels vary the most, likely due to the introduction of free breakfast in many of these properties as well as higher travel agent commissions due to the increasing usage of online travel agencies (OTA) in this segment.

As we move into 2022, other trends impacting fixed/variable cost relationships come into play. Leisure-driven weekend travel now exceeds business-oriented weekday demand in many markets. This has caused sharper peaks and valleys due to the shorter booking window of leisure demand. Additionally, this exacerbates labor availability issues as weekend work is not as convenient for workers with childcare needs.

Although most non-labor rooms department costs are more variable and therefore flexible (commissions, for example), there are others that are more constant.  Examples include internet and cable TV costs, breakfast food, cleaning supplies, and services  like the deep cleaning of carpets and drapes. Costs outside the rooms department also need to be considered, particularly gas and electricity, which increased significantly in 2022.

Revenue management strategies also have an impact on rooms department costs. After paying higher commission rates (still mostly in the mid- to high teens) for rooms sold through deeply discounted/high commission OTA channels, the remaining revenue may not be enough to cover the higher labor costs if extra people are needed, or additional overtime must be paid.

Operating costs are becoming less variable, as labor issues make it more difficult to efficiently match staffing levels with occupancy. Occupancy has not caught up to historical levels, so the benefit of a low marginal cost for an additional occupied room is not being realized. Since labor costs are increasing faster than overall inflation and RevPAR, this trend is likely to continue, as the fixed base amount of rooms department labor will be a higher proportion of revenue. Hotel owners and operators must think outside the box to come up with solutions to this dilemma.

Related Articles
What Is Hotel Metasearch Marketing?
Metasearch marketing is the use of metasearch engines by hotels as an adver...
Which Loyalty Program Is Best For Your Hotel?
Brands that can use loyalty programs effectively to unlock the potential of...
Covid-19: Initiatives to Support Hotels and Communities
This is a slightly different podcast to normal as it will focus on two init...
Canvas: the intelligent website creator for independent hotels
SiteMinder, the leading cloud platform for hotels, is pleased today to un...
VTO (Value to Owner) vs VTC (Value to Customer)
Let’s explore value and performance from different prospective and start to...
How to Improve Your Hotel Distribution, Direct Sales and Your Results.
The digital advance and the growth of online sales generate a lot of import... 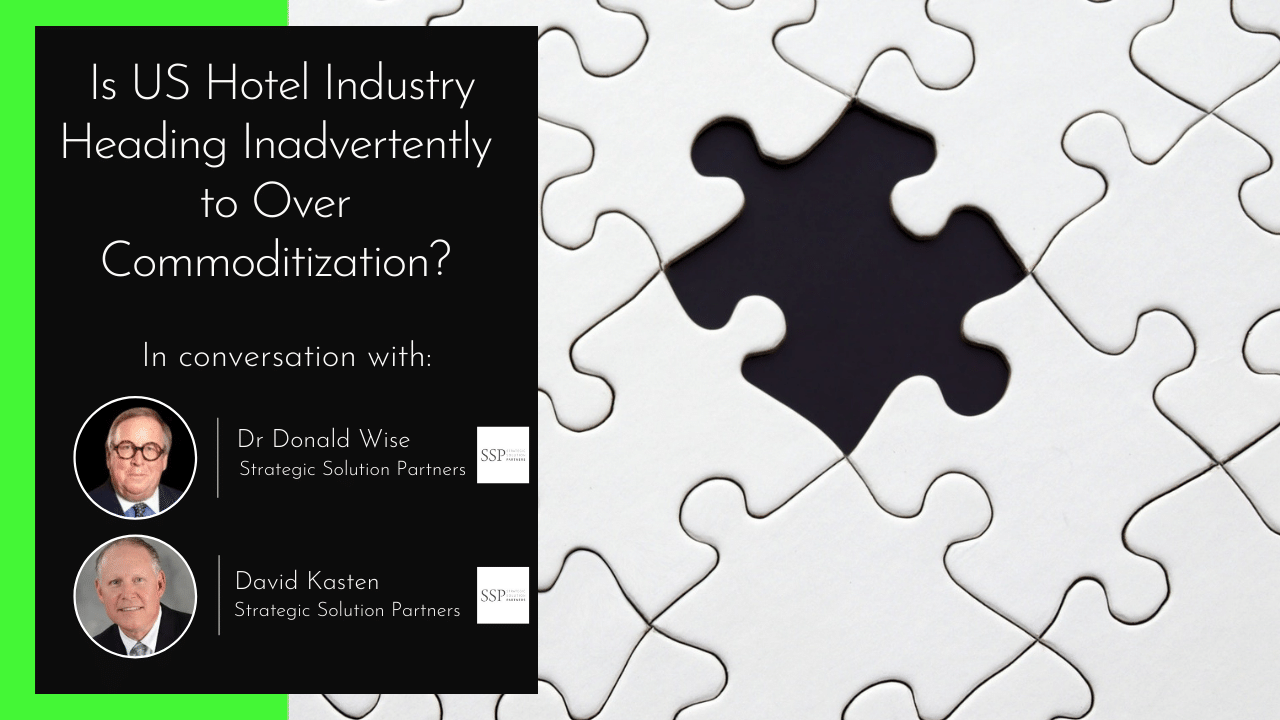 Is US Hotel Industry Heading Inadvertently to Over Commoditization? 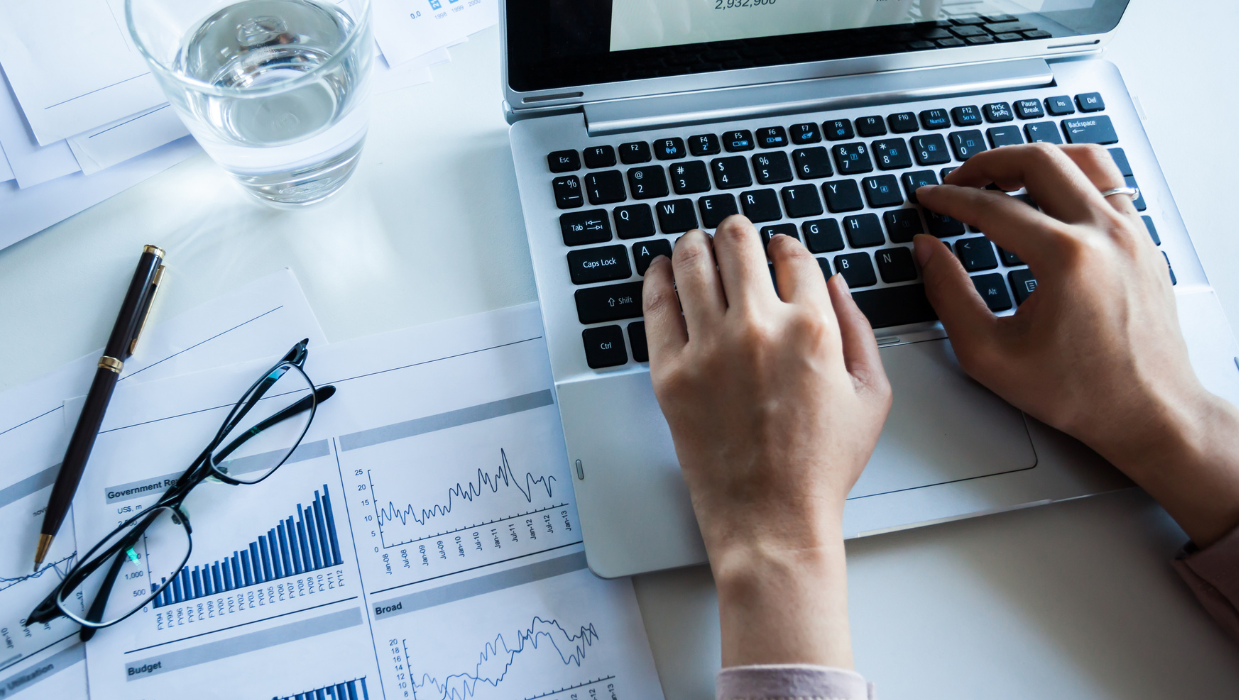 The Key To Boosting Total Revenue In Your Hotel 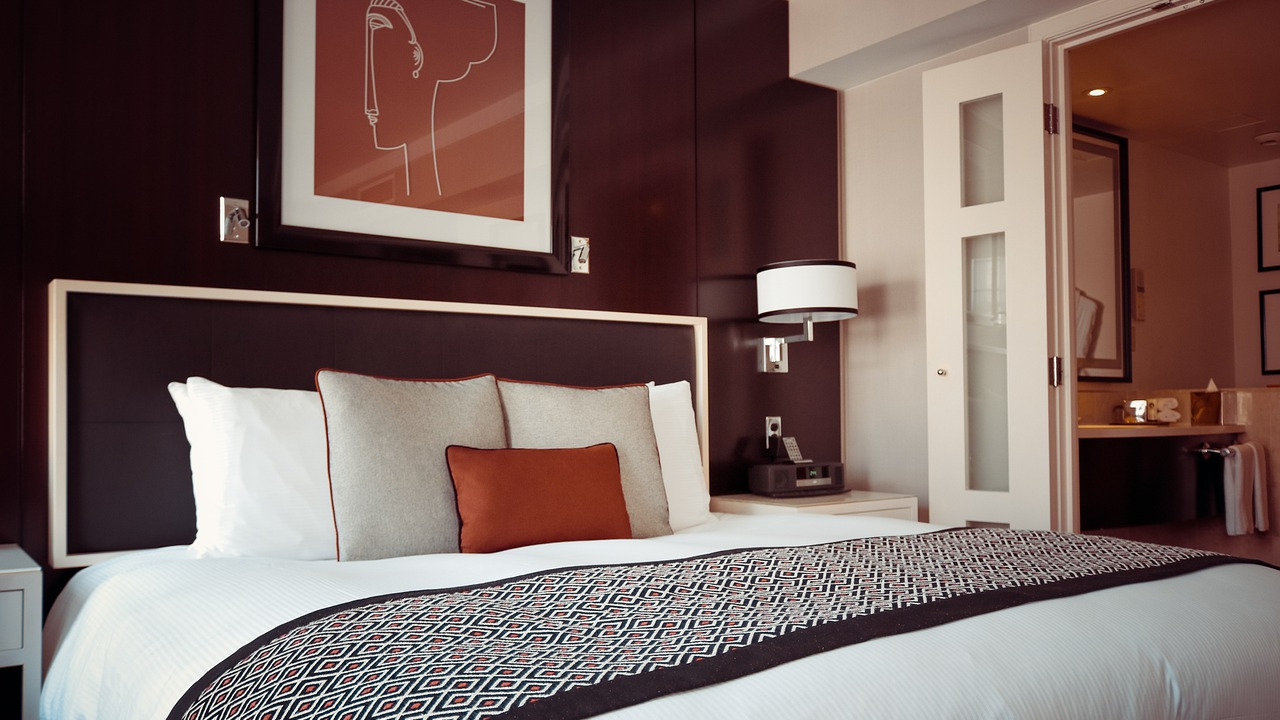 How To Spot Dates Where Your Hotel Can Increase Rates 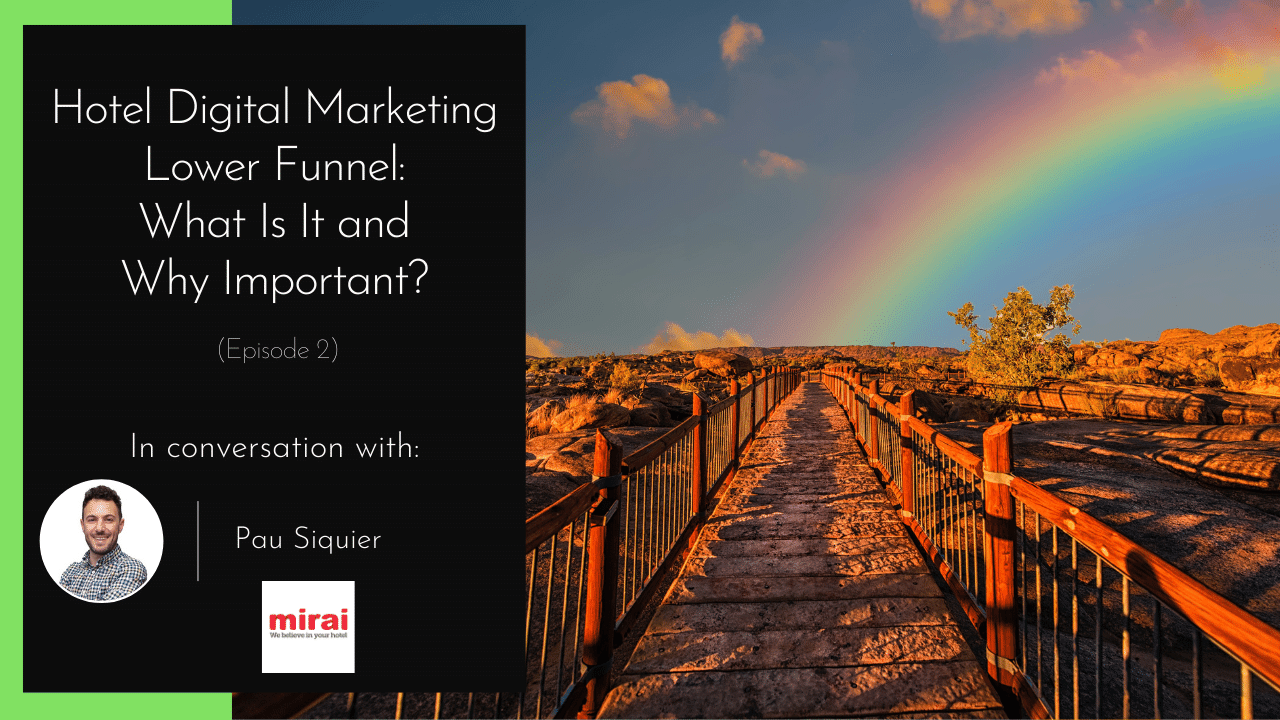 Hotel Digital Marketing Lower Funnel: What Is It and Why Important?