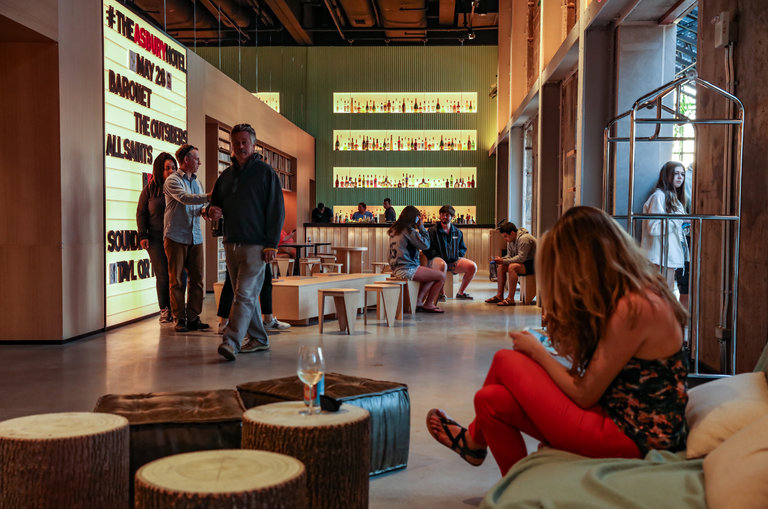 Hotels and online travel booking companies tend to have a marriage of convenience – one that savvy travelers can exploit.

When hotels are having trouble filling rooms, they will grudgingly pay Expedia and other online travel agencies commissions of 15 to 30 percent to help reduce the vacancies. But when the beds are filling up, they would much rather avoid those hefty commissions by having travelers book directly through the hotel’s website, call center or authorized brick-and-mortar travel agent.

Which is why lately, with average occupancy rates in the United States at the highest level in a least a generation, hotels are dangling inducements to get you to book direct. The tensions between hotels and online agencies are nothing new. But the continued rise in occupancy levels is making hotels feel they have increasing leverage.

The lures might include upgrades to better rooms, free shuttle service to and from the airport, complimentary breakfast or drinks at the bar.

But lately the big savings are available to travelers who have signed up for a hotel’s loyalty program – typically at no cost to the consumer – and book directly through the hotel’s channels. The room rates can often be 10 to 20 percent lower.

As a group, online travel agents still account for about one-third of all bookings, compared with only about one-quarter for hotels’ own websites, according to Phocuswright.

But the hotels have growing clout. In the 20 years or so since Expedia, Travelocity and other online players began enabling consumers to easily act as their own travel agents, the American hotel industry has never had a better occupancy rate than it does now.

Read rest of the article at NY Times

Related Articles
Meetings and Events Are Returning .... So Now What?
We explore the impact of Covid on Hotel Meetings and Events, where is deman...
The Human Factor Behind Revenue Automation
We know the need for digital transformation, but it is the human factor tha...
What Booking.com Was Doing to Gain Market Share During Lockdown
We’re living in uncertain times never seen before in the sector, as well as...
Why Can’t Hotels Drive Rates?
The firm has predicted that hotel occupancy in the US will rise to 66.2% in...
OTAs Have Been Killing our Business, Now is The Time to Fix That.
This is a unique time when we can encourage direct business and absolutely ...
How to Improve Your Hotel Distribution, Direct Sales and Your Results.
The digital advance and the growth of online sales generate a lot of import...