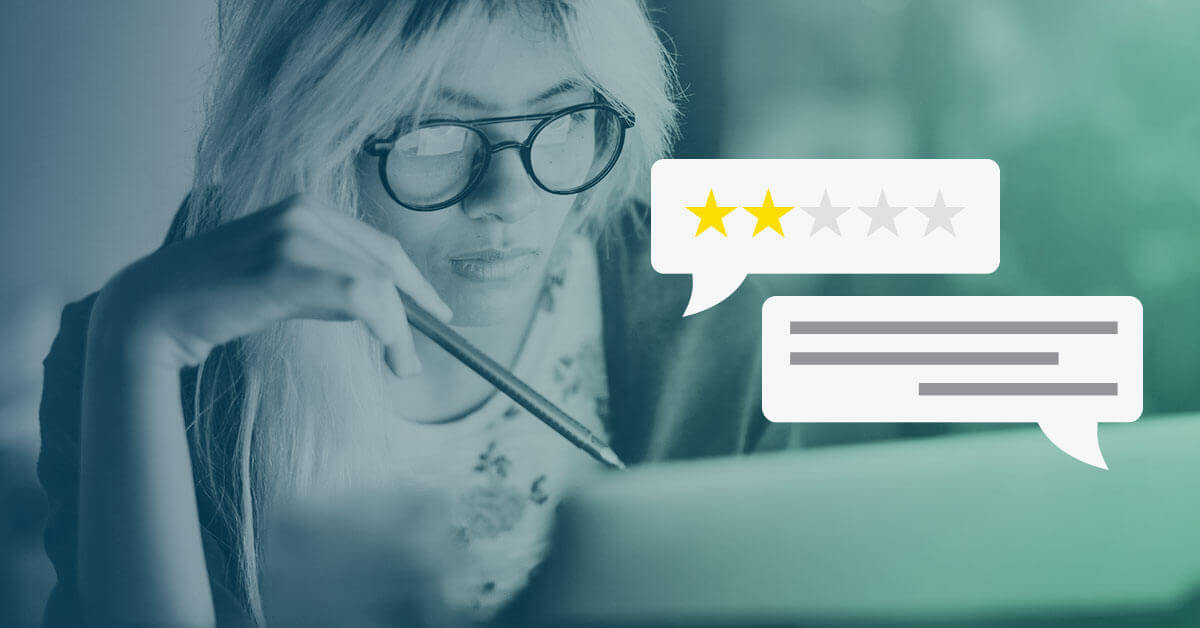 How to Stay on Top When Responding to Google Reviews

If you’re struggling to keep up with responding to Google reviews, and you’ve noticed the recent spike, you’re not alone. A recent ReviewPro analysis found that Google reviews increased by 309% from 2016 to 2017 and by an additional 114% from 2017 to 2018.

NB: This is an article from ReviewPro

How can you stay on top of responding to Google reviews? Just ask Jurys Inn. In the past two years the company, which operates 45 properties across the UK, Ireland and the Czech Republic under the Jurys Inn and Leonardo brands, has improved its overall review score significantly while maintaining an impressive quality and turnaround time for management responses.

“The real importance of Google it its prominence in everyday life,” said Alex Hannon, Customer Experience Manager, during the recent ReviewPro webinar, Everything You Need to Know About Managing Google Reviews “It’s almost omnipotent at this point. It’s also the first point of call for people searching for a hotel stay.”

Citing Jurys Inn Glasgow, which frequently ranks near the top of organic search results, he said, “There’s a total of 256 hotels listed on Google in Glasgow, and when your hotel is one of the three shown, it has a massive impact on someone choosing to book you over your competition.”

Below is a summary of the nine key steps Hannon shared in Jurys Inn’s Google review strategy.

It all starts with clear policies and guidelines, according to Hannon. “We’ve got a centrally set response policy, and that ensures consistency across the entire group,” he said.

“The policy mandates which reviews should be responded to and how we should respond. We ask all of our hotels to aim to respond to all negative feedback online as an absolute minimum. We don’t want any poor reviews that have not been addressed by a member of our management team.”

“It’s important for on-property managers to respond to reviews because it drives accountability, Hannon said. “In order to post meaningful responses, managers must think hard about what guests write in reviews and take appropriate action to prevent issues from recurring, resulting in a better experience for future guests.”

2. Add Value to the Conversation

“Once the minimum threshold is met, we ask hotels to respond to feedback where they can add value to the conversation,” said Hannon. “It’s not realistic to expect hotels to respond to every single piece of feedback without sacrificing review quality. It’s our opinion that no response is better than a bad response.”

“Guidelines when responding to Google reviews include avoiding being defensive, lecturing guests or quoting policies and procedures. “And, the ultimate red line as far as we’re concerned, no copy-and-pasted stock responses,” he said.

“Hoteliers should keep in mind that the majority of people reading management responses are potential guests, he said. “If they see an issue highlighted in a review, they want to know if the hotel has taken steps to ensure that they won’t experience the same issues. At the end of the day, most people understand that things go wrong from time to time. It’s how you respond that’s key.”

Also key to success at Jurys Inn is setting goals and tracking performance. “We use the Global Review Index™ (GRI) to measure everything,” said Hannon. In addition to other metrics like department indexes and response rates, the company also measures the quality of management responses.

“We set the response policy within the ReviewPro tool so it’s easy for managers to see how they’re performing and in what areas they might be falling short,” he said. “We also perform regular audits on the responses to ensure that they meet all of our guidelines.

“It’s one thing to collect and respond to feedback, but we also need to use it to improve,” Hannon said. “We use all of the filters available within ReviewPro to narrow down reviews and comments to specific sources. So, for example, we can first look at what kind of reviews guests leave on Google over a given time period or in a specific location. Then we can analyze what these reviews are saying. Are there any areas that are mentioned more positively or negatively than other sources or in other locations?”

Hannon is a particular fan of semantic analysis. “It really helps you to understand the why and the what, dig deep into root causes, and take educated steps against issues or build business cases for larger, more expensive projects,” he explained. “Knowing what you do well and better than your competition and being able to leverage that commercially is unbelievably valuable in such a competitive marketplace,” he said.

“As an example, he mentioned a £3 million brand campaign the company launched last year. “One of the key things we needed to know when it was being formulated was what can we hang our hats on? What do we do better than the competition? The first place we looked is into what guests were saying to us, and we used ReviewPro to see that.”

The next step is to identify areas that need improvement, said Hannon. “All of our hotels make the tactical decisions based on guest feedback—the day to day operational tweaks and adjustments that are relevant to their hotel.

“Any kind of wider trends we observe are factored into longer-term strategy devised at the head office level. For example, wide-reaching refurbishment programs or the launch of a new bed products across the group.”

Because of its importance from a marketing and a commercial standpoint, responding to Google reviews is exclusively managed for all Jurys Inn properties by the company’s head office marketing team, Hannon said.

As with other sources, hotel managers draft responses to Google reviews, but it’s the marketing team that posts them. This ensures that each response speaks to the specifics in the review while at the same time ensuring that the integrity of Google listings and products like AdWords campaigns are preserved.

“We’ve received over 17,000 Google reviews so far this year, so responding to even a reasonable amount has a significant impact on our marketing team,” he said.
“Nevertheless, the team maintains a pretty tight turnaround.”

“Google really is the easiest platform for someone to leave a review of your property and then for other people to see it,” said Hannon. To solicit reviews, he recommends giving out business cards, asking staff to mention Google in conversation when appropriate, leaving cards in rooms, and taking advantage of ReviewPro’s review collection program.

“Anything that you can do to nudge your guests in that direction because it takes only a couple of seconds and a few clicks,” he said.

As other hoteliers will attest, an increase in review volume leads to more duplicate reviews, reviews posted by people who haven’t stayed in the hotel, and reviews that contain misinformation.

“Trying to get those reviews removed can be a challenge,” said Hannon. “If something falls outside of Google’s policies they’re quite happy to remove it, but Google doesn’t like to get involved with anything that could be disputed [by the reviewer] in any way. And yet having them up there impairs our ability to gain truly accurate insight into a hotel’s performance.”

Moreover, he said, because of the culture the company has built of staff taking ownership of online feedback, it can negatively affect morale. “It’s therefore important to stay on top of reviews, make efforts to dispute reviews when appropriate, and respond to reviews that Google will not remove.”

All the efforts of Hannon and his colleagues when responding to Google reviews at Jurys Inn have been paying off handsomely. “Over the past two years we’ve seen a 3% increase in our GRI™ driven by the approach we’ve taken. The actionable insight that we’re getting, combined with driving more volume towards sources like Google, has had a real positive impact.”

Further, the company’s response rate has increased by 36% over the past two years, and the quality of responses clocks in at a 92% pass rate despite strict standards.

Related Articles
The Advantages of Hotels Using a Global Distribution System (GDS)
So what are the advantages of using a GDS? Glad you asked! Here are some wa...
Booking.com’s Shift to Merchant Model and How Hotels Can Compete
The first decision hotels should make is withdrawing from the “Payments by ...
Why B&Bs need Social Video in their marketing strategies
Society is watching a huge amount of video content on social media each...
Why Segmentation is First Step to Creating More Personalized Guest Experience
Today we take a step back to look at how hotels can use segmentation to cat...
Digital Nomads at Hotels: Here to Stay or a Passing Trend?
We think the digital nomads trend is not going anywhere anytime soon so cat...
The Current Situation and Challenges Facing the German Hotel Market
What is the current situation and challenges for hotels in Germany. We cove...