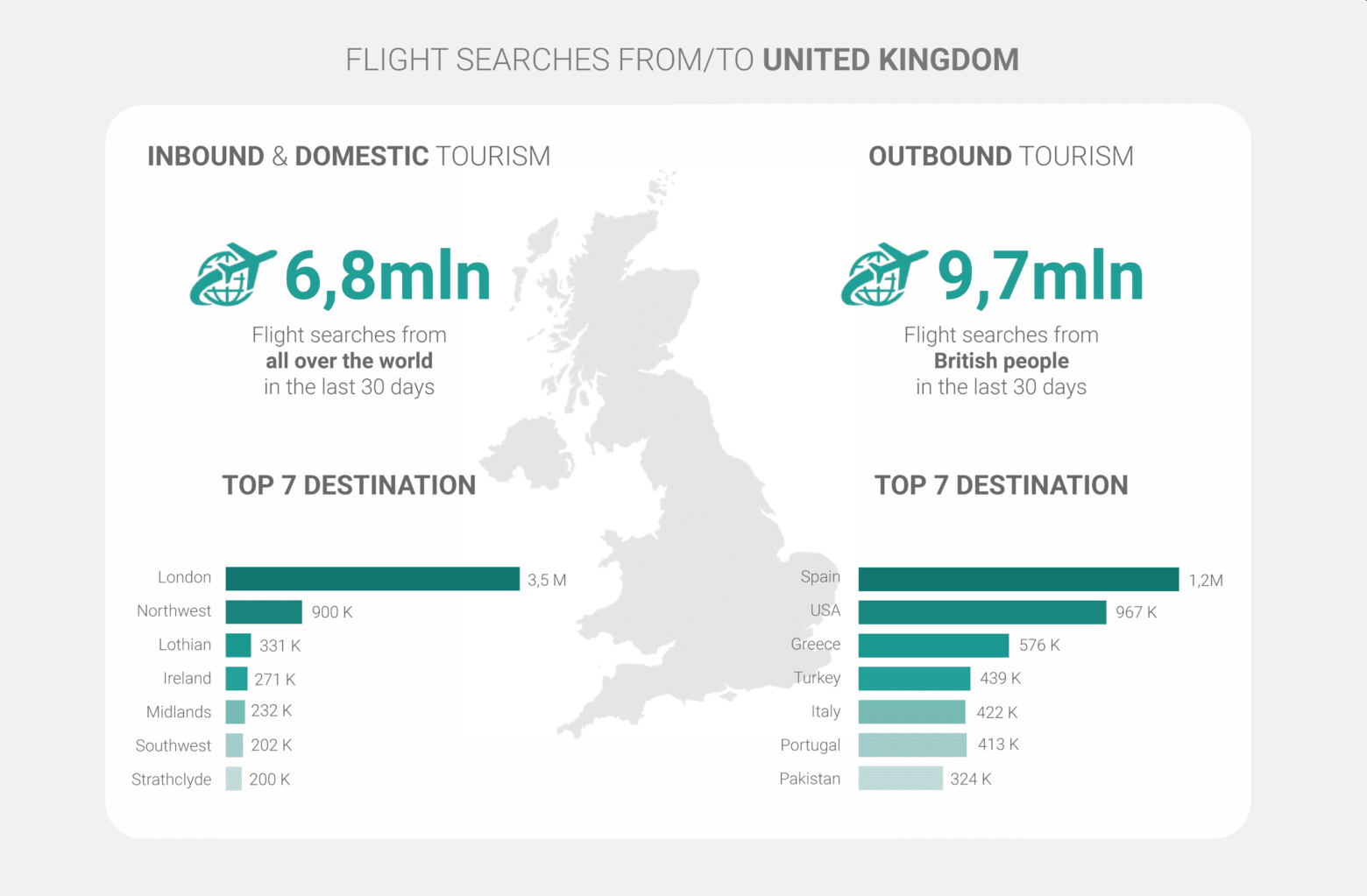 Road to Reopening the UK: Will it be a Green Light for the Travel Industry?

After months of hard lockdown, the roadmap for the easing restrictions (which began in March) is slowly bringing the United Kingdom back to “normality;” the reopening of pubs, restaurants, gyms and hairdressers has brought excitement and vitality back to the British people and has rekindled the hope for the return to “regular” life in the near future.

Tourism has also been affected by this wave of positivity but, at the moment, restrictions on travel and mobility are still high: foreign travel is blocked until at least May 17 and English, Scottish and Welsh people can only travel within the UK, with the exception of Northern Ireland, where only essential travel is allowed.

In addition, accommodation is still severely limited. In England, hotels, B&Bs and hostels are still closed, making it possible to only stay in independent accommodation (i.e. vacation rentals, RVs, etc.). In Wales, only facilities that can guarantee private toilets and open-air facilities, and which do not have shared accommodation and communal areas, are open. In Scotland, are only open for cohabiting families, as accommodation with relatives or friends is discouraged.

The most searched destination is London with 3.5 million searches (54% of the total), but there is also a strong interest in the North West, especially Manchester (915,00 searches) and Liverpool (73,000 searches) airports.

Although much of the interest is concentrated in the centre and south of the country, travellers are also expressing strong travel intentions for destinations such as Edinburgh (331,000 searches), Belfast (231,000 searches) and Glasgow (195,000 searches).

The trend, however, has remained consistent, with the total average daily variation being -1%: foreign travellers, who account for 76% of users, have a variation of -2%.

In the meantime, as the summer season approaches, the British prefer to search for flights to international destinations; while waiting for the start of the third phase of the easing of the restrictions, which would allow travel abroad from May 17, the British have begun to plan their holidays. As many as 9.7 million flights have been searched in the last month, due to the policies that many tourist destinations are implementing allowing the visitation of vaccinated tourists. With a clear guide for the re-start of travel,

The most searched destinations by British people are the Mediterranean countries: Spain, with 1.2 million searches is in first place, though interest is especially great in the Balearic and Canary archipelagos. After the United States in second place with 967,000 searches, follows Greece with 576,000 searches, Turkey with 439,000, Italy with 422,000 and, Portugal with 413,000. The growth trends are positive: searches for Spain are growing by 4% on average every day, as are those for Greece (3.9%); Turkey is more stable, with a growth of 1.1%, while Italy and Portugal are growing by 3.9% and 6.0% respectively.

It is important to note that this ranking could undergo substantial changes in the coming weeks, due to the finalization of the traffic light system, which will rank destinations according to risk levels – green, amber and red – in order to establish the quarantine rules for returning to the UK. This will allow British people to better understand which countries they can travel to without quarantine this summer, so it is highly likely that travellers’ interest will shift to countries on the ‘green list’. Italy, presumably, will not be on this list and could lose the British market due to the current number of infections in the country; France and Turkey are also at risk.

Spain has always been a favourite destinations for British tourists, so much so that after the announcement of the British Government’s plan to ease restrictions, there was a surge in searches for the peninsula. The majority of searches in the last thirty days are for flights departing in May with 26.8%, while there are 17.5% for June, 14.2% for July and 11.9% for August. The majority of searches are done by single users (68% of the total), while searches done by couples account for 22%, families account for 8% and groups of more than six people account for 1% of the total flight searches. Singles seem to prefer the months of May and June, while couples and families prefer the month of August.

Related Articles
New Expert Partner: Howsmyrate
Kris Introduces us to Howsmyrate, their core solution, cost effectiveness a...
Winter Might Be Coming, But Spring Can Still Bloom for Hotels
We look at how global economic factors might influence different traveller ...
Recovery of Spanish Tourism: Summer Trends & Delta Variant UK Impact
The decisions taken regarding foreign mobility by the UK and Germany, two i...
Get to Grips with New Markets Through Optimized Distribution and Marketing
Getting to grips with new feeder markets through targeted marketing and opt...
Coronavirus – Now is Not The Time to Panic and Cut Rates
There is no doubt we are in a time of huge uncertainty and the immediate re...
Three Hurdles to Direct Sales
Reducing or simply eliminating these hurdles should be your number one prio...