How Smart Hotels Use Messaging to Connect With Guests 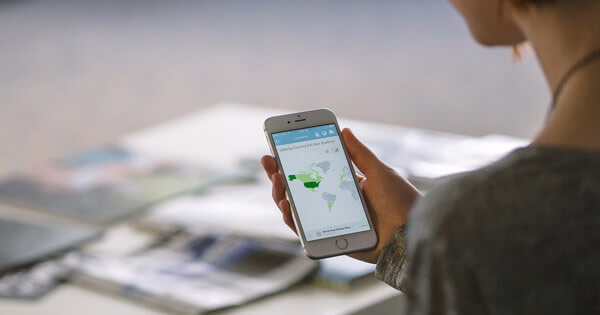 Hotels are finally beginning to implement messaging strategies that make it easier for their guests to get in touch with them via SMS, WhatsApp, Facebook Messenger, WeChat, and the like. But how are they doing that, and what’s next in messaging?

Earlier this year, Skift proclaimed messaging as the “new language of the globe” and asked, “Are travel brands listening?”

It looks like hotels finally are, if they haven’t already.

With an expected additional 1.1 billion new users set to adopt messaging by the end of 2018, for a total of 3.6 billion users, it’s clear that messaging really is the new social media.

Why? Because they’re realizing the importance of messaging to building loyalty, increasing guest engagement, and enhancing the overall guest experience. And what better way to continue making inroads in getting more guests to book direct?

Over the next few months, expect to see more hotels offering guests the ability to text or message the hotels, whether through their own proprietary apps, established messaging channels like WhatsApp or Facebook Messenger, or the use of third-party technologies.

The different methods by which hotels are choosing to message with guests, while they all fulfill the same objectives, also show different benefits and potential downsides, however.

One approach that some hotel companies have chosen is housing all guest messaging “within the walled garden of their own app,” as Robert Cole, the founder of RockCheetah, a hotel marketing strategy and travel technology consulting firm, described. This is an approach often favored by larger hotel companies because it adds yet another layer of functionality or value to their native apps, in addition to features like mobile check-in/check-out and keyless entry, for example. It’s also the most expensive option to pursue.

The biggest pro for going this route also relates to the hotels’ ability to capitalize on the extensive and richer data connection to each individual guest’s loyalty profile. When a guest uses a hotel’s native app to message the hotel, it’s that much easier for the hotel brand to know exactly who that guest is, and to collect a record of those messages as part of that customer’s loyalty profile.

Related Articles
Maximise Revenue: A Guide to an Optimal Group Quotation Process
Hotels may receive few to dozens of group requests daily from various partn...
Forecasting Uncertainty - The Metric We Need
Forecasting uncertainty is important for pricing and it’s important for the...
Why You Should Not Invest in Metasearch Right Now
Even if you leverage metasearch to drive direct bookings on your website, a...
Booking's Sponsored Benefit is Just Discount for Advance Payment
The “Booking Sponsored Benefit” is nothing else but “discount for advance p...
Hotel Digital Marketing Performance: Defining Success in The New Market
Each side of the coin uses different attribution models and KPIs to measure...
Lybra Announce Integration Between Lybra’s Assistant RMS & MasterYield’s PMS
Thourgh integration MasterYield’s PMS reservations data will populate Lybra...