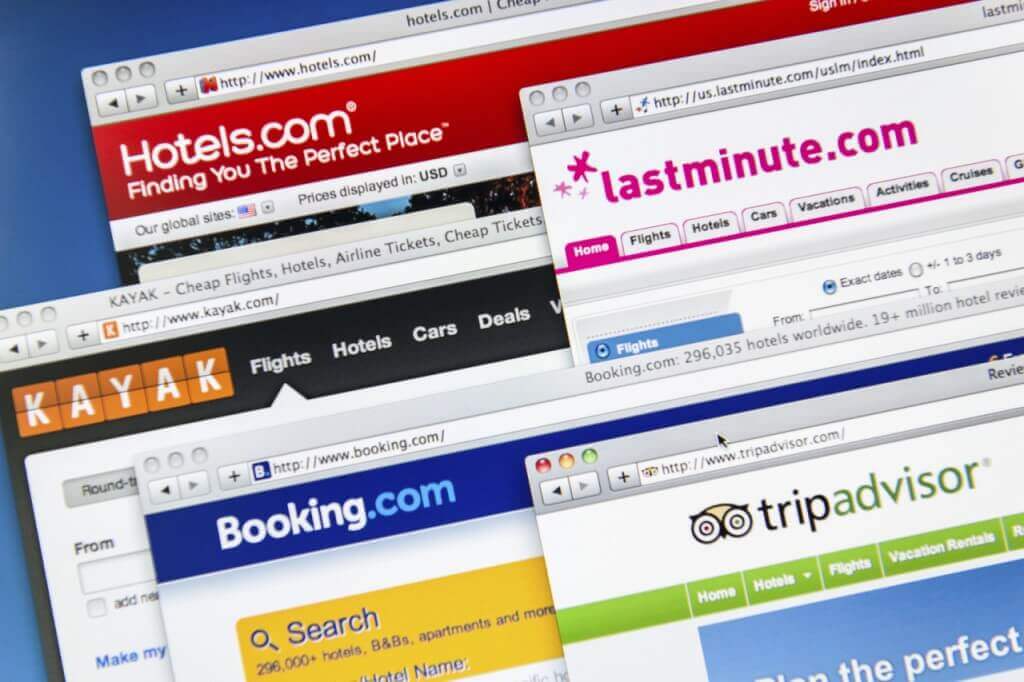 HOTREC, the European trade association of hotels, restaurants and cafes, unveils the results of its second hotel distribution study, based on responses from over 2000 hoteliers.

The results show an increasing dependency of hotels on Online Travel Agents (OTAs), as nearly one out of four overnights was generated through this channel in 2015.

With regard to the OTA market, it is clear that 3 big OTAs are dominating with a common market share of 92%. The most dominant player is the Priceline Group (Booking.com) with a share of over 60%.

Over the last few months, hotels have not experienced increased competition between OTAs, which was one of the expectations linked to the introduction of the so called ‘narrow parity clauses’. The vast majority of them reported not having experienced any decrease of commission rates to the OTAs.

In parallel to the rise of the share of OTAs in hotel bookings, the share of direct bookings has dropped to 55%.

The booking trends show that online platforms are gaining more and more control over the hotel distribution market.

Moreover, 2 players, Booking.com and the Expedia Group managed to further increase their market shares in Europe (together being responsible for almost 80% of hotel bookings via OTAs), while the 3rd biggest market player (the HRS group) lost ground significantly over the last 2 years.

On an OTA market with around 200.000 hotels (75% of them being micro enterprises with fewer than 10 employees) on one side and currently 2 real dominant players on the other side, there is no need for further explanation on who is in the driving seat.

“The study clearly shows that online platforms are steadily acquiring bigger and bigger shares in hotel bookings, while the hotels’ own distribution channels are on a decline making dependency on OTAs growing. The situation is especially critical as it seems that the OTA market tends to become a duopolistic (or even monopolistic?) one in Europe, with one player (Booking.com) controlling closely 2/3 of the market” – said Christian de Barrin, CEO of HOTREC.

Read rest of the article at Hotrec

Related Articles
The ‘Double Whammy’ of Booking.com’s Early Payment Scheme
Most of us realise that Booking.com have automatically opted our hotels int...
7 Hotel Commercial Mistakes and What To Do About Them
7 key findings, let us call them ‘Commercial Mistakes’ the property was mak...
Digital Nomads at Hotels: Here to Stay or a Passing Trend?
We think the digital nomads trend is not going anywhere anytime soon so cat...
Podcast: How Predictive Analytics Improves Profitability by Optimising Inventory Allocation
We discuss the current Distribution landscape and how, through the use of A...
10 Requirements to Internationalise your Direct Channel Sales
Boosting your official website's direct sales internationally is a challeng...
Key Strategies to Shift Bookings from OTAs to Direct
As OTAs increasingly use aggressive marketing techniques, hoteliers are at ...