Hotels Won’t Back Down on Pushing Direct Bookings 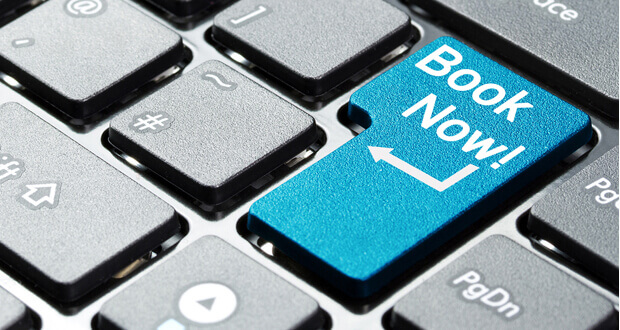 Are hotels direct booking efforts really working? That was the question on many analysts’ minds during the first quarter earnings calls hosted by major U.S. hotel companies.

While Hilton and Marriott have been leading the charge to push for more direct bookings in an effort to take away market share from online travel agencies (OTAs) like Expedia and Booking.com, they’ve been joined in recent weeks by their fellow hotels, including Hyatt, Wyndham, and Choice, to name a few.

Judging by their collective statements, it’s clear hotels aren’t going to stop their campaigns for more direct bookings any time soon, even if they’re quietly making arrangements to offer those exclusive lower rates to travel agents. Or even if the OTAs themselves are hoping to strike deals with them to offer those preferred lower rates, too.

Here’s what the hotel CEOs had to say, put into context with comments they’ve made previously about booking direct.

In February, Hilton launched its largest global marketing campaign ever, called “Stop Clicking Around,” encouraging guests to become Hilton HHonors loyalty program members so they can secure the lowest possible room rates on Hilton.com or via the Hilton HHonors app.

Although, Hilton CEO Christopher Nassetta made some conciliatory remarks about the OTAs being Hilton’s “good partners” during the World Travel & Tourism Council’s Global Summit in April, he was much more confident about touting his company’s direct booking successes during the first quarter earnings call.

Although, Hilton CEO Christopher Nassetta made some conciliatory remarks about the OTAs being Hilton’s “good partners” during the World Travel & Tourism Council’s Global Summit in April, he was much more confident about touting his company’s direct booking successes during the first quarter earnings call.

“Early results are very positive with HHonors enrollments increasing nearly 90% since launch, helping drive HHonors occupancy to a record 55% in the quarter, an increase of more than four points versus last year,” he said. “The business we’ve received through web direct is higher than it’s ever been and is growing faster than ever, thanks to increasing share shift. The share of web direct channels in our distribution mix is growing five times that of the OTA share growth in the quarter, and business generated from our mobile app is up nearly 150% year-over-year with downloads exceeding 70,000 a week, an increase of 200% over last year.”

Later in the earnings call, Nassetta said direct channels (referring specifically to Hilton.com and the Hilton app) accounted for 25 percent of Hilton’s business, while “OTAs are, plus or minus, 10 percent of our business.” He also added, “The direct channels are significantly larger than those channels and they are growing at a much faster pace.”

However, those figures Nassetta listed seem to veer widely from industry averages that usually peg OTAs as comprising at least 20 percent of a hotel company’s distribution business.

Marriott: It’s Too Soon to Tell

Although Marriott was first of the big hotels to enter the direct booking wars with its “#itpaystobookdirect” campaign from August 2015, the company hasn’t revealed many details about whether or not this campaign, or the company’s new Marriott Rewards Member Rates are translating into more market share and more bookings.

Marriott CEO Arne Sorenson said that, currently, 65 percent of transient room nights for Marriott are coming from Marriott Rewards members but because the new discounted rates for loyalty members are still fairly new (they debuted on April 4), it’s “too early to give you statistics.”

Related Articles
OTAs and How Hotels Can Best Use Them
When it comes to OTAs, hotels are fixated almost all the time on the same t...
Getting Ready for Returning Demand with the Right Revenue Strategy
There’s no set timing for full, world-wide reopening, but we can be sure on...
Make Your Eco-Sustainable Hotel Stand Out on Google and Booking.com
Since the end of summer 2021, Google has begun to identify eco-sustainable ...
Atomize "Who are We?" - In conversation with Alexander Edström
In this discussion we talk about how a chance conversation between one of t...
IHG Now Offers Landing Pages and SEO
IHG Brand websites received an upgrade with functionality that allows you ...
End of Last Room Availability for Profit Gain
Hotels fought for the rate parity abolition but on the inventory side, hote...