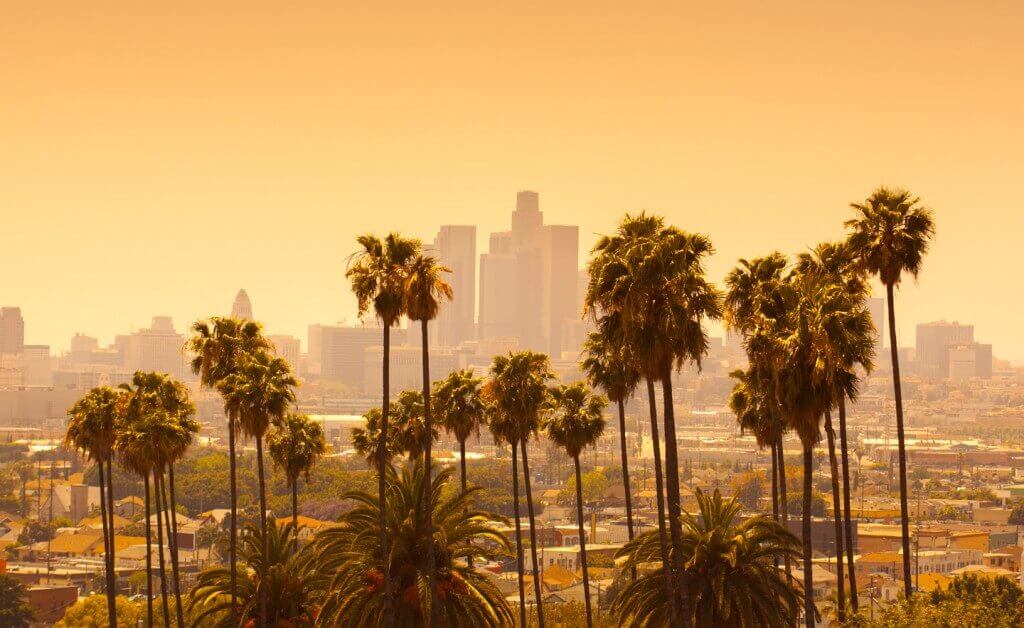 In our previous posts on the COVID-19 pandemic, we’ve looked at the impact on travel demand in Europe and the United States.

With some of the more recent announcements by the World Health Organization and the US government, shifts in hotel demand are quickly occurring across the country. To get a clearer picture of how search traffic is being affected at the city level, we took a look at the search volume for six of the major metropolitan areas in the US and compared that to the number of confirmed COVID-19 cases in each state. When we visualize this data as shown below, we can start to see these shifts in user behavior more transparently. Similar to other major metros, the Los Angeles metropolitan has also seen a downturn in search traffic (as much as 76%), with the largest decline occurring right after the national emergency was declared. The trend in Orlando keeps in line with other major metro behavior as a drop in demand occurs post-emergency declaration. On March 24, Orlando issued a stay-at-home order. Interestingly in Miami, we see a short surge in traffic during the spring break period in early March. However, Miami saw a drop in traffic shortly after when the national emergency was announced. As with Orlando, Miami issued a stay-at-home order starting on March 24. Over the past few weeks, Chicago has seen a decrease in search volume as high as 74%. In addition to the nationwide emergency, Illinois issued a stay-at-home order on March 21 as cases continue to rise. Dallas-Fort Worth has also seen a decline very similar to that of Chicago. The decline in search traffic, while significant, has been slightly more gradual than other metropolitan areas. The state of Texas also has a lower number of confirmed cases than the others (5,004 cases at the time of publishing). Dallas and Fort Worth both issued stay-at-home orders on March 23 and 24, respectively. Based on the inflection points of these charts, it is clear that the announcements of both COVID-19 being declared a pandemic and the US travel restrictions on Europe made an immediate and consistent impact on travel behavior across the country. However, we believe hotels in certain major US metros may be approaching a “floor” in terms of hotel demand based on the declines in search traffic beginning to flatten after the CDC and the US government advised size limitations in group gatherings on March 15 and March 16, respectively.

This data should be monitored closely as additional restrictions such as shelter-in-place policies are added or lifted. These announcements are likely to have direct or indirect impacts on traveler behavior. As always, we will continue to track these trends and provide any insights we learn in the marketplace.

Related Articles
OTAs and How Hotels Can Best Use Them
Top 3 Rate Disparity Cases Acceptable to a Revenue Manager
With end-to-end rate integrity using analytics to track travel sellers’ flo...
Revenue Managers – How We Get It Wrong…
Revenue Managers rule the world, right? Of course … But now and then, I see...
You Want Those Millennial Travelers? Here's How to Get Them
A Millennial traveler is not as brand loyal as older generations, but they ...
Coronavirus - Your Revenue Strategy Checklist
There is perhaps some good news… The industry experts are predicting that w...
PODCAST: Total Revenue Forecasting as a Step to TRM
This podcast looks at Total Revenue Forecasting (TRF) as a logical first st...