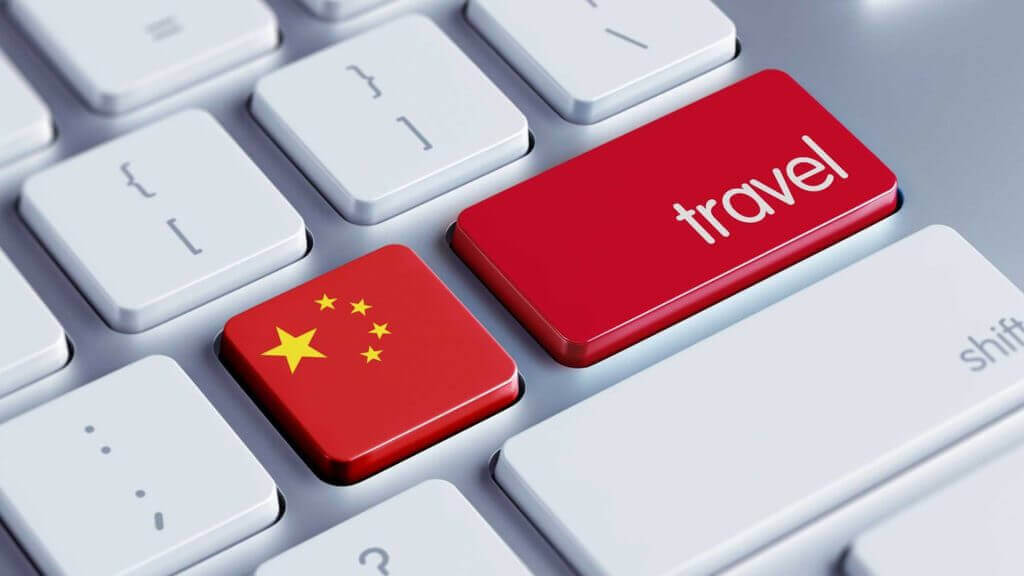 Hotels in China have “little negotiating power” with online travel agents (OTAs) and could do more to resist their increasingly dominant role, suggest MSc student Lorraine Zhang, Associate Professor Basak Denizci Guillet and Assistant Professor Deniz Kukukusta of the School of Hotel and Tourism Management (SHTM) at The Hong Kong Polytechnic University in a recently published research paper. Yet this should not suggest that hotels can do away with “maintaining a healthy relationship with this important distribution channel”, the researchers warn. In a wideranging study the researchers also find that the competition between OTAs is even more intense than it is between OTAs and hotels, and is likely to intensify further with the entry of new companies into the market.

There has been a huge expansion in China’s hotel industry over the past few decades, with a shift from “hotel shortages to overprovision”, according to the researchers. Encouraged by the country’s strong economy and increasing consumer spending power, international hotel companies have shifted their interests from the mature markets in the US and Europe to Asia, and China in particular, while domestic hotel companies have also taken the opportunity to build new brands.

The researchers note that alongside this growth in China’s hotel industry, the Internet has “dramatically affected the distribution of hotel rooms”, creating both opportunities and challenges. Customers are increasingly relying on OTAs to book hotel rooms, as they offer both great convenience and competitive pricing. Consequently, as the number of companies entering this vibrant market increases, competition between OTAs is “becoming fierce, with everincreasing acquisitions and frequent conflicts”.

While OTAs are certainly beneficial for customers, the expansion of this market also has important implications for hotels. In theory, OTAs act as agents for hotels, while hotels hire OTAs to sell what the researchers term their “valuable inventory”. However, the relationship can become unbalanced if OTAs and hotels have different objectives. For instance, the rapid growth of the hotel and OTA markets could cause problems as “OTAs are trying to get a larger share from the hotel market while hoteliers are struggling to get their names out there and increase their direct sales”, suggest the researchers.

Many of the comments about the Chinese hotel distribution market related to the attitudes of hotels toward OTAs. The researchers observe that the “attitudinal stance of hotels toward OTAs is complicated” because they offer both advantages and disadvantages. Many hotels rely on OTAs to access a wide customer base, but this can cause problems if they over-rely on them as their “prime means of selling excess inventory”. Hotels have failed to adopt technical advancements such as building their own websites to encourage direct booking, and rely on the OTAs’ expertise to reduce their own development costs. As a result, they have become “trapped in a passive position”.

Comments about the Chinese OTA market mentioned the high level of competition between OTAs. The researchers note that many commenters expressed concern about Ctrip’s domination of the market, particularly the company’s “bullying of smaller OTAs” and its frequent launching of price wars intended to “disturb the online market price”.

Yet the commenters also insisted that Ctrip will face intensified competition now that the “three giant online companies in China”, Baidu, Alibaba and Tencent, have invested in the OTA market. The increasing globalisation of OTAs was also an “undoubted trend” the commenters observed, with international companies launching Chinese versions of their sites to compete in the local market.

A high proportion of comments related to the changing trends in the OTA market, particularly the explosive growth of mobile apps. The commenters were expecting the competition between hotels and OTAs to move “from PCs to mobiles”, with mobile apps set to become the “most popular travel booking tool” as people increasingly use their smartphones for accessing the Internet.

Another trend is the growth of vertical search engines, which the researchers explain send “crawlers to index Web pages relevant to a pre-defined topic or set of topics”. These sites are popular with customers because they compare prices from several sources and so tend to offer the best rates. With many of the big companies investing heavily in vertical search engines, some commenters predicted that they would soon overtake traditional OTAs.

Hotels’ ability to respond to these emerging trends is clearly important. Indeed, the researchers maintain that if hotels can “grasp this new trend” of mobile apps and vertical search platforms evolving together, they may be able to increase their direct bookings and compete with the OTAs.

In line with the researchers’ suggestion, the most common recommendation the commenters put forward was that hotels should try to reduce their costs by increasing the proportion of direct bookings. They could, for instance, try offering value-adding products such as a “free minibar or breakfast” for direct bookings. Hotels could also introduce loyalty programmes, as loyal customers provide a high percentage of profits. Looking online, hotels could further use customer feedback posted on social media to identify both their strengths and their weaknesses.

Revenue management, whereby hotels control inventory and tactically adjust prices based on sales data and competitors’ prices, was another area in which the commenters were vociferous. However, the researchers note that some hotels do not make best use of their revenue management systems, and advise hotels to improve their systems and train system users to use them effectively.

The commenters further suggested that hotels should consider investing in brand advertising to enhance their reputation and recognition without needing to pay high commissions to OTAs. This could be done, they claimed, through such methods as increasing advertising budgets and bidding online for brand keywords.

Finally, the commenters argued that hotels need to cooperate to resist the increasing dominance of OTAs. Roomkey, for instance, is a booking site built by large hotel groups including Hilton, Hyatt and Choice Hotels, among others. The researchers recommend that hotels set up organisations or networks for “sharing non-core information and positive methods” that will provide greater bargaining power, especially for small and independent hotels.

Despite the high commissions they extract, OTAs remain an important distribution channel that most hotels could not survive without. The researchers clearly show that Chinese hotels need to balance their relationships with OTAs amidst rapid changes to the market. Ultimately, they argue, the hotel industry needs to “de-escalate its overreliance on OTAs” without ignoring the important benefits they offer.

Read more from the PolyU School of Hotel & Tourism Management

Related Articles
The Gold List 2020 Hotels Embracing Digital Personalization
Travelers today are looking for personalized guest experiences. But how man...
7 Tactics to Keep your Hotel’s Distribution Healthy and Highly Profitable
If you find that your distribution connection hobbles your optimization eff...
Multiply Upselling Opportunities and Boost Your Visuals Game
As you know, an image has the ability to prompt strong emotions, which are ...
Don't Drop Your Rates! .... Is It Really That Simple?
We discuss why the message "don't drop your rates" seems fine in principle ...
Podcast: Distribution Strategy, OTAs and Google
In this podcast we talk about the topic of Distribution Strategy, how this ...
What Properties Can Learn From Airbnb And The Sharing Economy
First it was the online travel agencies (OTAs) in 2000. Just when hoteliers...