Edinburgh and Glasgow hotels report ‘encouraging start to the year’ 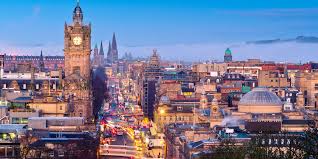 Hotels in Scotland’s two largest cities – Glasgow and Edinburgh – have reported a ‘robust’ start to the year, while Aberdeen continues to struggle.

That’s according to the latest LJ Forecaster Scottish Intercity Report from tourism research firm LJ Research, which found demand for accommodation was highest in Glasgow where occupancy grew 2.1% to 64.8% in January compared with last year.

Some 59.4% of rooms in Edinburgh Hotels were sold, slightly below last year’s level, while the lowest level of demand was apparent in Aberdeen where under half of the rooms were filled (46.8%) – the first time since the research began in 2009 and a drop of 24.5% on last year.

Related Articles
Using Upselling in Hotel Marketing
The practices of upselling and marketing are comparable in that they both a...
11 Uncomfortable Truths About Hotel Revenue Management

Travel Stalled: Greece and Turkey Lose Market Due to Seasonality
The increase in demand during the summer season did boost European tourism;...
10 Items to Include in Your Hotel Marketing Budget
If you do the marketing budget when you build the marketing plan, you can d...
Normalization of Digital Nomad Lifestyle - Unforseen Pandemic Outcome
This new perspective on where it is acceptable to work opens new opportunit...
Revenue Management in 2021 – No Decision Without Data
If 2020 made one thing clear, it’s revenue management must focus on broader...