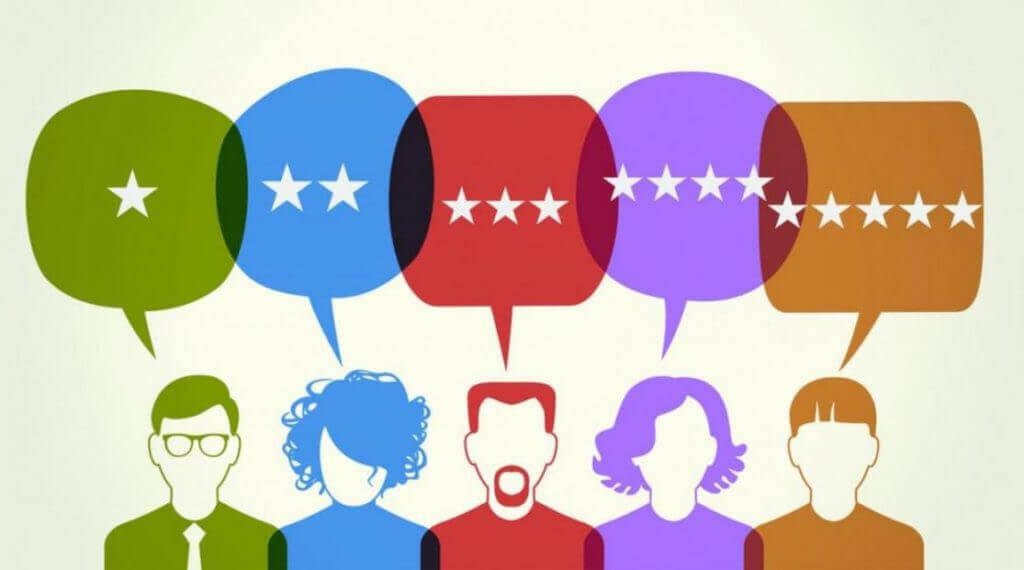 In a recently published article, the researchers identify the six features that have the greatest influence on the booking intentions of business travellers in mainland China, they suggest that hoteliers could use those features – ranging from usefulness to comprehensiveness – to enhance their consumer review management and determine ways of more effectively influencing consumers’ booking intentions.

Potential guests reading online hotel reviews are influenced by a range of underlying features when forming their booking intentions, according to Ph.D. graduate Dr Liang Wang, Professor Rob Law of the School of Hotel and Tourism Management (SHTM) at The Hong Kong Polytechnic University and their co-researchers.

Consumers are increasingly relying on online word-of-mouth recommendations when making purchasing decisions, especially those related to travel. The researchers note the general perception that consumers are more likely to believe information provided by their fellow consumers than that provided by a business itself. Peer information, they write, is “considered to be more independent and trustworthy” and may reveal critical details that hotels would prefer not to have known. Online reviews have thus become an essential resource for customers to evaluate the quality of travel products and services.

Travel firms are starting to take advantage of online reviews to attract potential customers by distributing information through online communities and publishing travel reviews, comments and edited testimonials on their own websites. However, the researchers point out that not all reviews are considered equally useful. As the volume of consumer reviews continually increases, the problem of information overload is starting to detract from these benefits as it becomes more difficult for consumers to discern the most relevant and helpful reviews.

According to the researchers, more “signalling cues” are needed to help hoteliers identify relevant reviews that can aid them in making more effective use of online word-of-mouth as a marketing tool. Sufficient attention has certainly been paid to how online reviews influence travellers’ booking intentions, but the focus has usually been on the effects overall, and little is known about how the individual aspects or features of reviews influence consumers’ decision making.

#1: “usefulness of online reviews”, which refers to the extent to which other people find a review to be useful in making their decisions. Given the unprecedented conglomeration of information on the Internet, consumers need to decide which reviews are most valuable to them.

#2: “reviewer expertise”, is a consequence of not all available information being equal. It is the extent to which the source is perceived as having knowledge and expertise about products and services. Consumers have the capacity to identify and follow “market mavens”, the researchers suggest, and they also tend to search for information from others who engage in similar activities.

#3: “timeliness of online reviews” refers to how up-to-date reviews are, because more recent reviews are perceived as more helpful than older ones.

#4: “volume of online reviews” because a higher volume of comments increases awareness and signals the level of agreement among consumers.

#5: “valence of online reviews”, refers to whether reviews are negative or positive. Although negative comments are often found to be more persuasive than positive ones, the researchers also point out that positive reviews can promote a product or service and even a single recommendation can be enough to persuade consumers to try a new product. They thus expected negative and positive reviews to have opposite effects.

#6: “comprehensiveness of online reviews” indicates how detailed and complete the information in reviews is perceived to be, with more detailed reviews expected to attract more attention and thus be more valuable. “In unfamiliar situations”, the researchers state, “consumers need detailed and specific knowledge to make decisions”.

Following a pilot test on students at a Chinese university, the significance of the six features was measured through both an online survey and an onsite survey. “Businesspeople were targeted”, the researchers note, “as they travel more often because of work, hence making online hotel booking more possible”.

A majority of the responding business people were male and aged 25-30, and more than 90% had Bachelor’s degrees. With around 70% reporting monthly salaries of RMB2,001-8,000, they were considered financially capable of travelling. Over 90% reported that they were “savvy Internet users”, but less than 40% had ever booked a hotel room online. The researchers argue that although this indicates some reluctance to “adopt the Internet as a purchasing tool”, it also suggests there is potential for significant growth in the e-commerce market in mainland China.

On analysing the responses, the researchers found that all six features influenced the potential consumers. “These features”, they observe, “play identical roles in manipulating traveler intentions and decisions”. Yet, they also found that negativity in reviews was the most significant feature in predicting booking intentions.

As the quality of intangible products such as hotel rooms cannot be evaluated directly before purchase, negative reviews are more likely than anything else to dissuade potential customers. To reduce the number of negative reviews posted, the researchers suggest that hotels might want to consider allocating more resources to “handling customer complaints more strategically and dealing effectively with service recovery”.

The next most important factor influencing booking intentions was the comprehensiveness of reviews. The researchers note that this finding contrasts with the alternative view that people tend to rely on cues such as numerical or star ratings because they are “simple and easy to understand”. Instead, it suggests that in virtual communities, people require more cues to judge information based on the rigour of the arguments presented.

Similarly, the expertise of reviewers was a strong predictor of booking intentions. Reviewers who are judged to have expertise are considered leaders able to influence the opinions and behaviour of others. There searchers recommend that hotels might consider seeking more specific information about these opinion leaders to find out how they “diffuse their personal experiences” of hotel products and services.

Booking intentions were also influenced by the usefulness of online reviews. The researchers write that hotels could try to make it easier for consumers to judge that usefulness, perhaps by installing peer-rating systems allowing readers to rate the reviews they find most helpful. This would efficiently filter relevant opinions, they note.

The timeliness and volume of reviews also had positive effects, although these could also be enhanced, the researchers argue. In the former case, hotels should consider providing more up-to-date information than is available from other online sources. In the latter case, given that consumer awareness of brands is so important in the hotel sector, “more effort could be devoted to increasing the quantity of online reviews about a hotel”. “With more exposure to a hotel brand”, the researchers argue, “there would be a higher chance for consumers to include a hotel into their awareness set”.

Given the sheer volume of the relevant information potential guests can access, it is vital that hotels know how to harness the six features of online reviews. Yet the researchers remind us that the Internet is not the only source of information available to consumers, and suggest that offline information channels be considered in future so that hotel promotional efforts can be optimised.

For overnearly 40 the SHTM has refined a distinctive vision of hospitality and tourism education and become a symbol of excellence in the field. From humble beginnings as a diploma-conferring department, the SHTM has risen to become one of the largest hospitality and tourism schools in Asia and amongst the top such schools worldwide. With more than 70 academics drawing from 22 countries and regions, the School is ranked among the top hotel and tourism schools in the world, exemplifying our motto of Leading Hospitality and Tourism

Read more from the PolyU School of Hotel & Tourism Management

Related Articles
What Black Friday 2021 Has In Store For Hoteliers
Last year, we published a Black Friday report showing impact on hotel booki...
Shifting From High Volume Bookings to High Profit Bookings
When it comes to measuring all-inclusive hotel performance, it’s common to ...
GuestEQ Redesign Simplifies Hotel Operations Management
It enables hotel staff to communicate how they want to on a familiar platfo...
How Hotels Can Work with the Crisis and Prepare for the Future
In this podcast we talk with Veit Meier and Till Benthien, from berner+beck...
Watch Your Language! Content in the New Hospitality Landscape
In the Amazon era, consumers expect to be served relevant content or offers...
Five Experiences that Build the Revenue Manager Résumé
The traditional career path for most Revenue Managers is to start in Reserv...