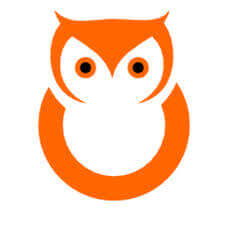 How the Best Revenue Managers Have Transformed The Profession

Hotels began their four year ride(2004-2008) to historic levels of revenue and profit. In 2004 TripAdvisor, HomeAway and dozens of OTAs launched to capture the new opportunities in travel that became available in a market flush with cheap commercial and consumer capital.

That perfect storm led to the explosion of the newest profession in the hospitality industry – the Hotel Revenue Manager. Their role, primarily, was to take advantage of expanding opportunities in a growing market by getting the property well distributed through a complex web of channels which were all doing well.

Ten years later, the global travel market is very different. Growth is a lot slower and unpredictable. OTA bookings have slowed dramatically to about 1% year-over-year growth and the effectiveness of traditional promotional and discounting tactics has deteriorated.

So the question then becomes, what is the role of the Revenue profession, that was born during easy times, in today’s more challenging business environment. I think the best way to answer that question is to look at how the best Revenue Managers have redefined their job description. From my interactions with hundreds of RMs, this is what I notice that the most sophisticated are now doing.

1. From Rooms to Relationships.
The biggest change in RM revolves round the shift in focus from Rooms Revenue to the overall revenue created by each guest. Guest-centered Revenue Managers know that every guest interaction is a opportunity to promote or disrupt spending. The best Revenue Managers, therefore, have expanded the focus of their analysis to include every touchpoint that affects a guest’s relationship with the hotel. From the conversion rate of the hotel’s branded website to the spend patterns of a guest that has interacted with the concierge, interpreting the value of these customer contacts is now the domain of the best RMs.

2. From Myth to Math.
The best RMs have become their hotel’s”Myth-Busters”.  They use data and analysis to challenge every destructive assumption that permeates the decision making process of an industry where evidence-based decision making is only just beginning to emerge.  They live by Edward Deming’s credo, “In god we trust, all others bring data.” I worked with one RM that used data to help the hotel’s marketing department reduce the number of packages and promotions that they had been selling for a decade from a list of 84 to 4, just because she was the only one who ever bothered to check if these offerings where making any money, an analysis that was the sole domain of the marketing department.

3. From Silos to Systems.
The previous point leads me to this one.  The best Revenue professionals understand that the silo behavior, where each department kept tight control over their data and decisions, no longer works.  They see the entire hotel’s decision making process as an ecosystem that has to be balanced or else the whole suffers.  Every department’s decisions affects another and the smartest RMs have positioned themselves as the referee that sorts out strategic conflicts.  These RMs are involved in every type of analysis and every discussion that has an impact on profit.  Furthermore, the best of the best RMs have unfettered access to the data generated by every department so that they can always have a full view of the entire system.

4. From Organized to Optimized.
For the last decade, the role of RM has been very clerical.  They’ve had to work with more systems than any other profession in any industry.  Unreliable extranets, bad integrations, and clumsy PMS systems meant that the RM had to be very disciplined and organized about their responsibilities or the property might lose an opportunity to reach potential guests.  Many of these technology issues have disappeared(albeit not all) to the point where the RM’s clerical ability is not as critical as it was.  The best RMs have recognized this trend and have shifted the focus of their job to Optimization.  They have set themselves up as the thought leader in profit generation through data and analytics.  They know that this will be the main responsibility of the best paid RMs in the next decade.

Read the full article at:  Origin

Related Articles
Hotels Are You Ready? Only 2 Weeks Until Booking Shuts RateIntelligence
With just two weeks to go until Booking shuts down RateIntelligence forever...
7 Effective Online Upselling and Cross-Selling Strategies for Hotels
While competition increases and new ideas are constantly being thrown out, ...
Revenue Management 4.0 - Embrace the Citizen Data Scientist

How to Create Email Subject Lines That Convert
Without a strong subject line, emails don’t get opened. And unopened emails...
Yield Management for Hotels: What? Why? How?
While there are many similarities, revenue and yield management are two dis...
6 Things to Consider When Investing in an RMS
As you seek to optimize revenues, drive profits, save time, and outperform ...