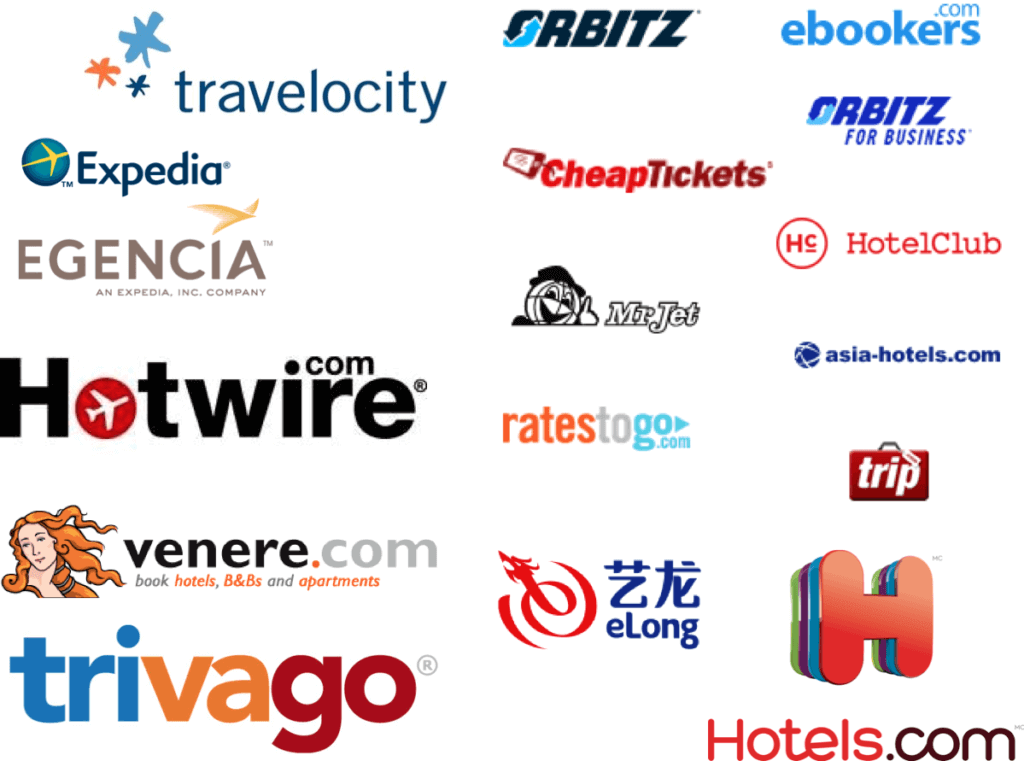 As peak summer travel season gets underway, booking sites are fueling an ad boom that shows no sign of slowing. They are battling each other and traditional hotel brands like Marriott and Hilton for pieces of the more than $67.2 billion online U.S. hotel and lodging market — and they are winning:

Agencies now control more than half of online hotel bookings.

Hotels are fighting back, but their adversaries have a unique advantage: They can plow huge amounts of their revenue back into ad spending because they don’t have the burden of caring for properties. Online travel agencies are “basically marketing companies,” said Douglas Quinby, senior VP-research at Phocuswright, a travel and hospitality research firm. “It’s about data and technology, and they are just getting better and better at it.”

Expedia, whose brands include Trivago, Orbitz, Hotels.com and Hotwire, grew its overall U.S. ad spending by 16.6% last year to $1.6 billion, becoming the nation’s 25th-largest advertiser, ahead of ad powers like Unilever, McDonald’s and PepsiCo, according to Ad Age’s 200 Leading National Advertisers 2017 report. Priceline Group also cracked the top 100. Now ranked 96, it boosted spending 10.3% to $461 million to promote brands that include Kayak and fast-rising Booking.com, whose new “Nothing Is More Important” campaign touts hassle-free planning.

Though the sector has brands aplenty, each also offers something slightly different. Trivago searches prices but doesn’t provide booking, for example, while Hotwire sells unsold inventory at bargain prices. That allows for more experimentation with marketing tactics, noted Quinby.

And while ad effectiveness has been questioned in some categories, online travel marketers are as bullish as ever. Consider Trivago, which in 2016 shoveled an astounding 82.7% of its worldwide revenue into advertising, according to a financial filing. “We believe that increasing brand awareness creates self-reinforcing value by resulting in a greater number of visits to our platform,” the filing said.

Read rest of the article at Ad Age

Related Articles
Focus on Forecasting by Revenue Stream as Necessary Tool for TRM
Today’s hospitality landscape is characterized by increasing room supply an...
Why Choose Rate Intelligence Over Rate Shopping?
End-to-end rate integrity management using data analytics to track travel s...
The Brave New World of Booking Direct
The recent rise in direct bookings was an unexpected boon for hoteliers, an...
Revenue Managers – How We Get It Wrong…
Revenue Managers rule the world, right? Of course … But now and then, I see...
Right Channel per Right Room Type: Inventory Management per Channel
Production statistics for every channel compared to the cost of distributio...
Drop in Searches For Destinations in Trentino, Decisive For Low Season
After a promising beginning of August, the pressure of demand for destinati...