Is Expedia’s Accelerator the Way Forward for Hotels ? 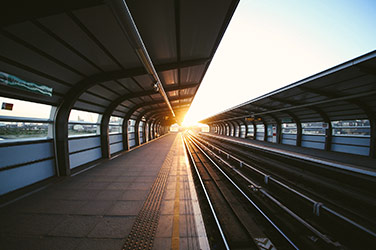 NB: This is an article by Taylor Smariga of NetAffinity

Expedia has developed the new Accelerator program, which has begun rolling out over the past quarter of 2015. The Accelerator program offers hotels the chance to move their listings on Expedia up in exchange for paying extra commission. Hotels bid against each other, effectively turning Expedia into a marketplace for the highest bidder, although other factors are also taken into account.

The Accelerator program is generating controversy – and for good reason. Many hotelier and hotel groups, including the American Hotel & Lodging Association, view the Accelerator program as harmful to customer choice. The AH&LA said that “the program will severely jeopardize consumer choice in the hotel booking process,” calling it “highly problematic”. Other hoteliers believe it simply represents an opportunity to put heads in beds in times when it’s difficult to get occupancy rates up.

In an interview with Skift, Expedia CRO Mark Okerstrom said the Accelerator program was part of a general effort to make Expedia more of a marketplace: “You know, a marketplace where hotels can compete against the right people—not us—compete against each other for the vast amount of traffic and bookings that our booking platforms and fantastic brands around the world provide.”

Of course, it could be argued that competition for the ‘vast amount of traffic and bookings’ should be based on merit (as determined by a hotel’s offer strength and quality score, explained below), rather than on willingness to pay more than the OTA’s usual commission rates.

The Potential Harm to Consumers is Obvious

Hotels that appear first may be there simply because they choose to pay above-average commissions – not because they have the best reviews or the highest number of desirable features. This might also be considered unfair to other hoteliers who have optimised their listings, only to see hotels with lower-quality offers shoot past them in the rankings.

Hotels can choose to use Accelerator for a few days at a time during low booking periods, to compensate and raise their visibility above what it would normally be. Of course, they’ll also being paying Expedia more than their normal commission rates, cancelling out some of the benefit.

Expedia says, in a piece published by Skift, that it ranks hotels based on 3 key factors: Offer Strength, Quality Score, and compensation, and that compensation is “least important in the sort algorithm.” Offers strength is the most significant factor of the algorithm, taking into account dates searched, levels of rooms booked and reviews. Quality score relates to the content provided by hotels, like low numbers of refunds given and competitive rates and availability.

There will be no way for consumers to tell which hotels might be engaging in pay-for-placement and which are there more directly because of their offer strength and quality score, instead of those being secondary factors. Booking.com, in contrast, places a badge next to listings using the Preferred program to indicate to users. Expedia holds that having offer strength and quality score as part of their algorithm makes it unnecessary to display which hotels are paying extra for their placement.

Here’s a real world example of Accelerator in action: Skift discovered that for Rosen Hotels & Resorts, a mere 1% rise in commission was enough to move them from 22nd to 15th on the first page of search results for specific dates. A 10% rise for another Rosen property moved the listing from page 3 – rank 117 – to page 1. That’s a significant boost to get without changing anything else about their offer.

With hoteliers already frustrated by paying higher commissions to OTAs, the question exists of whether or not many hotels will be willing to participate in this program. There is an industry-wide movement against higher commissions, seen in phenomena like Marriot and Hilton’s book direct campaigns over the previous year.

This widespread frustration may keep hotels from participating in the Accelerator program, which can only benefit transparency for consumers and lower commission fees for independent hotels.

The American Hotel & Lodging Association encourages customers to book directly with the hotel, along with Net Affinity and other players in the industry. The AH&LA puts it bestwhen they say, “No matter where guests stay, it’s always safest and best to book directly with the hotel. That helps ensure consumers get what they want, need, and asked for, and often, allows them to get the better value.”

While the Accelerator program is set to shake up Expedia’s site, for better or for worse, the fundamentals remain the same for independent hoteliers: A good book direct strategy, when paired with wise management of a hotel’s OTAs, remains the best way to get heads in beds while maximizing revenue.

Related Articles
Personalized Recommendations For Perfectly Tailored Guest Experience
It is only once the potential guest identifies their preferences that the c...
PODCAST: Implementing Revenue Management in your F&B Operations

The Most Important KPIs for Hotels in 2021
When we look at isolated metrics and KPIs, we are only looking at one piece...
6 Tactics to Learn From Hotels Open in Sweden During Covid-19
Contrasting sharply with the rest of Europe and beyond, Sweden has only imp...
Revenue Management: The Price Is Right ..... Or Is It? [Event Replay]
As more hoteliers adopt revenue management systems, and implement demand-ba...
Podcast: Oaky and Staah talk Hyper Personalisation
We discuss the topic of Hyper Personalisation, how this extends personalisa...