Dealing with OTAs isn’t only about incremental revenues

Foreign hotels are looking into issues related to pricing, brand integrity and distribution infrastructure when it comes to dealing with OTAs in China.

Foreign hotel chains don’t label all OTAs as same. The dependence on intermediaries for driving incremental business varies in each country.

China is one such market where OTAs figure prominently in the distribution mix at this juncture, especially considering the intricacies associated with setting up an online direct initiative, plus the lack of wherewithal to compete in terms of bidding against OTAs for their own brand terms. As we highlighted in our recent article featuring Thailand-based ONYX, running mere brand marketing campaigns isn’t a rational decision in an environment where conversion optimization is a huge performance metric.

Being Chinese friendly, but not going overboard

Even as foreign hotel companies devise plans for setting up local websites (starting with gaining ICP license to dealing with server latency and slowing of content delivery to a fitting website design and functionalities), the role of OTAs in distribution can’t be undermined in China.

While some have chosen to participate in Ctrip’s Chinese preferred hotel program (CPH) (the count was less than 1000 when we spoke to Ctrip in December), all brands are not keen on joining. Even if the conversion rate can go up by 15% on Ctrip’s platform by complying to the requirements of this program. 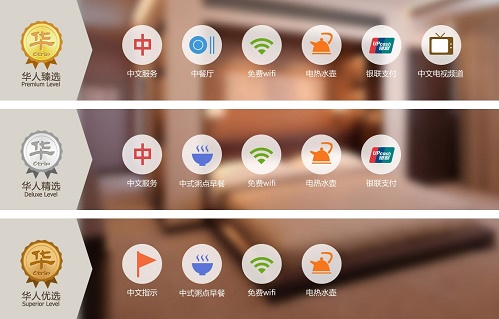 There are other issues that need to be sorted out.

“Ctrip still prefers buying from third parties even though we have a direct contract. Their reasoning is that they have to compete with the cheaper wholesale rates that are available in the market,” said a senior hotel distribution VP based in Asia. “So, we have not been able to build a very strong direct relationship.” He further added, “We have not been approached by them to make our properties “Preferred”.”

“We would like to get more business from China, we are interested in FIT business,” he said.

“We also believe in a healthy mix of source markets and do not let a single nationality dominate. Our Chinese guests in one of our properties (in Southeast Asia) commented that they like the resort because there are fewer other Chinese there. We have Chinese team members at some of our properties and we will perhaps qualify with some additional effort but we need to have a stronger direct relationship with Ctrip first.

Right now, two other OTAs bring significantly higher amount of business from China. It is likely they are selling onwards to Ctrip!” explained the same executive, referring to the “openness” of the B2B business in China as well as the strong portfolio of OTAs brands that Ctrip has now its group after a series of strategic alliances and international tie-ups.

“So, in conclusion, it is a good opportunity (Ctrip’s Chinese preferred hotel program) depending on your property and what kind of guests you can attract. The concern will be to those that are more mass market and the influx of Chinese guests could deter others,” he said.

But there are brands that are keen on Ctrip’s CPH program, too.

Bernardo Cabot, senior vice president of Asia Pacific for Meliá Hotels International, acknowledged that to attract travellers from China, “we need a special touch – to understand the needs of Chinese travellers”. “These needs span from language to food and beverage choices, right down to the amenities in the room. After all, Chinese travellers, like most of us, expect a comfort level equivalent to home,” said Cabot, referring to Meliá’s worldwide program, Pengyou by Meliá. Pengyou means “friend” in Chinese.

Related Articles
What Is Fair Pricing And Why Does Your Hotel Need It?
Fair pricing is not about underselling or undercutting competition. It’s ab...
berner+becker "Who Are We" - In conversation with Pontus Berner
Pontus talks about the berner+becker philosophy, typical hotel client and h...
Forecasting Uncertainty - The Metric We Need
Forecasting uncertainty is important for pricing and it’s important for the...
The ‘Double Whammy’ of Booking.com’s Early Payment Scheme
Most of us realise that Booking.com have automatically opted our hotels int...
Analysing Googles New Booking Engine For Hotels And Vacation Rentals
Most travel booking engines are likely to be well aware of Google’s push in...
RFP Season Almost Upon Us: What Threats to Our Corporate Business?
The traditional RFP season is almost upon us and whilst contracting can hap...

Hotel Consultants: Not Always the Seagull at the Picnic

What Hotel Digitalisation Means And How It Boosts Profits