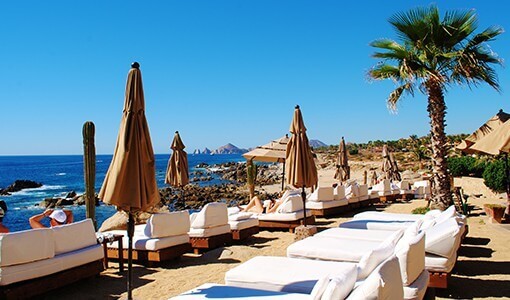 Channels and challenges: 14 travel leaders on the state of the industry

The rhetoric may be hotting up over the forthcoming election, but what is really keeping operators awake at night is the current global geopolitical situation.

Kuoni UK managing director Derek Jones said both the situations in Ukraine, where the government is locked in a battle with Russian separatists, and the Middle East, where the hangover from the Arab Spring has now led to the emergence of Islamic State, show just how fragile peace can be.

He said the Middle Eastern issues had been particularly troublesome as it has spread out across the region and beyond, and led to Islamic extremists having a bigger impact on traditional holiday hotspots.

Jones said: “Cairo and Luxor were a big percentage of our business five years ago and now it is zero. Kenya has been similarly impacted.”

He added Greece’s economy could yet again cause more problems too, especially if they lead to shockwaves in other countries such as Italy or Spain.

Fraser Ellacott, director of customer operations for Tui UK and Ireland, agreed the current climate demanded that companies react quickly: “It is a major challenge for your business if you don’t have a flexible business model.”

Jo Rzymowska, Celebrity Cruises’ managing director UK and Ireland, said the cruise industry was better placed to deal with problems, but added: “You can move ships around, but it is not without its complexity.”

However, Ellacott denied the upcoming election on May 7 will impact the market as much as expected, adding: “It can be a bit of a distraction for a couple of months [but] it is not a fundamental concern in terms of what it does for the natural demand.”

Mark Hamilton, Travelport’s senior corporate communications manager for Europe, said that even after the election is over it is unlikely the ensuing government will deal with a new runway in the south-east.

“I don’t know if we’ve got to a point where they won’t expand Heathrow because it is too politically difficult,” he added.

While there are clouds on the horizon, all agreed more immediately the market is tough in 2015, although each had their own plans as to how to ensure success.

He added January had started strongly but the second half had stagnated, leading to an increase in promotional activity and flash sales across the market.

O’Regan said: “It is a different kind of market to what we saw last year and it is aggressive across all sectors. Everyone is out there throwing everything at it.”

He added the group was being further integrated after it dropped from 42 aircraft to 32 for this summer but work was needed to better educate the trade about its offering.

Royal Caribbean International managing director UK and Ireland Stuart Leven agreed the market had started strongly in January but since cooled. He added any discounting has been largely driven by operators seeking to take market share, saying: “The customer is getting a good deal.”

Leven said Royal Caribbean had been focusing on value throughout the wave period as well as its new product.

“The key challenge with our business now is to drive through growth for our experiences for all holidays we offer, and to increase those individual experiences that will attract more and more customers to our types of holidays. We see a lot of opportunities for growth.”

Holidaysplease director Richard Dixon said while the luxury OTA had avoided discounting, the move had come at a cost.

He added: “We haven’t responded quite as much in January and February [to price cuts] and we’re happier with the margins, but not growth as we are much the same as in the same period of 2014.”

Meanwhile Karl Thompson, Sandals Resorts’ UK managing director, said while the company had also avoided price cuts, it had used cash-back websites to meet customer demand. He added: “They’re not adding value to our brand, but it is a means to an end as customers want that.”

Sebastien Doussin, Stella Travel Services UK director of land product and purchasing, agreed that with the levels of education customers currently enjoy, they often have the upper hand when looking to book.

He said: “The customer is fully aware of what’s out there in the market place, when they place a call to make a booking they know exactly what they expect the cost to be.”

Thomas Cook’s head of merchandising Rob Rospedzihowski said mobile had become increasingly prevalent with the operator now seeing more than 50% of bookings made via a mobile device or tablet.

This means operators must be ready to offer whichever channel the consumer wishes to use. Rospedzihowski also said one has to work hard to avoid stereotyping, pointing out many retired people are often as active online as any tech-loving teen.

Ellacott added: “You’ve got to know the customer, and technology is the enabler of knowing the customer.

“[You have to] get the right holiday through the right channel that they want to book in, and you’ve got to use them all.”

Rzymowska agreed that mobile is a vital part of travel sales, adding: “Without a doubt, any business now that’s starting and is not mobile upwards, then it is a potentially dangerous model.”

Gary Lewis, group managing director at The Travel Network Group, said while up-to-date technology was vital for business success, it should not be at the expense of certain long-standing practices.

He said: “They have websites and technology but it doesn’t change human behaviour in terms of owning the relationship with the customer.

“The population is growing and it is aging, if you get a customer at the age of 30 they’re going to be with you for the next 50 years.”

Guild of Travel Management Companies chief executive Paul Waitadded: “We talk about the customer as if the customer is the same person with the same life and does the same thing year in and year out, and that’s simply not the case.

Related Articles
How Phuket Sandbox Campaign is Impacting Hotel Booking Trends
We provide a summary of how this phuket sandbox campaign is impacting hotel...
3 Easy-to-Manage Guest Services That Can Boost Revenue
Today we look at 3 guest services that can be offered and booked through au...
PODCAST: How to Choose and Implement a New PMS (Ep 6 of 6)
We are continuing our 6 part series on How to Choose a New PMS wit...
The ‘Double Whammy’ of Booking.com’s Early Payment Scheme
Most of us realise that Booking.com have automatically opted our hotels int...
Group Business, Threat or Opportunity: Simple Group Displacement Model
Each time we do a group quote we must evaluate the impact this has on the d...
Revenue Management and Campsites....Really? Yes it works!!
Camping villages have an additional advantage over hotels, as they have gre...