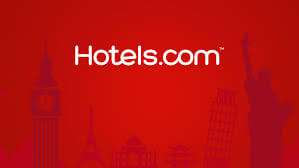 The Hotels.com™ Hotel Price Index™ (HPI®) is a regular report on hotel prices in major destinations across the world.

The HPI is based on bookings made on Hotels.com sites and prices shown are those actually paid by customers per room per night, including taxes and fees, rather than advertised rates.

The HPI is respected as the definitive report on hotel prices paid around the world and is used as a reference tool by the media, hoteliers, financial analysts, investors, tourism bodies and academics.

The international scale of Hotels.com, in terms of the number of customers, properties and destinations covered, makes the Hotel Price Index one of the most comprehensive benchmarks available. It incorporates both chain and independent hotels, as well as options such as self-catering and bed & breakfast properties.

The HPI started in 2004 and was set at 100. It tracks all bookings across all star ratings from 1-star to 5-star and focuses on two main sources of data:

This chapter examines the movement in the Hotel Price Index since 2004 on a global and regional basis.

More in-depth analysis into what caused these movements and how they influenced prices in individual cities and countries can be found below and in subsequent chapters.

Slow growth for the Caribbean

Latin America on the rise

Better performance for the Pacific

Related Articles
Analysing Googles New Booking Engine For Hotels And Vacation Rentals
Most travel booking engines are likely to be well aware of Google’s push in...
Four Steps to Becoming a Data Driven Hotel Organization
Business Intelligence is an organizational capability that has to be nurtur...
Revenue Managers: How we get it wrong…(Pt 2)
Revenue Managers are often promoted through the ranks of Reservations or Fr...
Future Facing Demand Data: Key to Maximizing Revenue in Trying Times
Leveraging forward-looking demand data in revenue management has many advan...
Group Business, Threat or Opportunity: Room Type Displacement Model
The procedure is analogous to that of the simplified Displacement, that is,...
How Hotels Can Increase Share of Wallet with Incremental Offers
Every extra service offered at the right time, not only delivers higher gue...