Morgan Stanley: Airbnb Threat to Hotels Only Getting Sharper 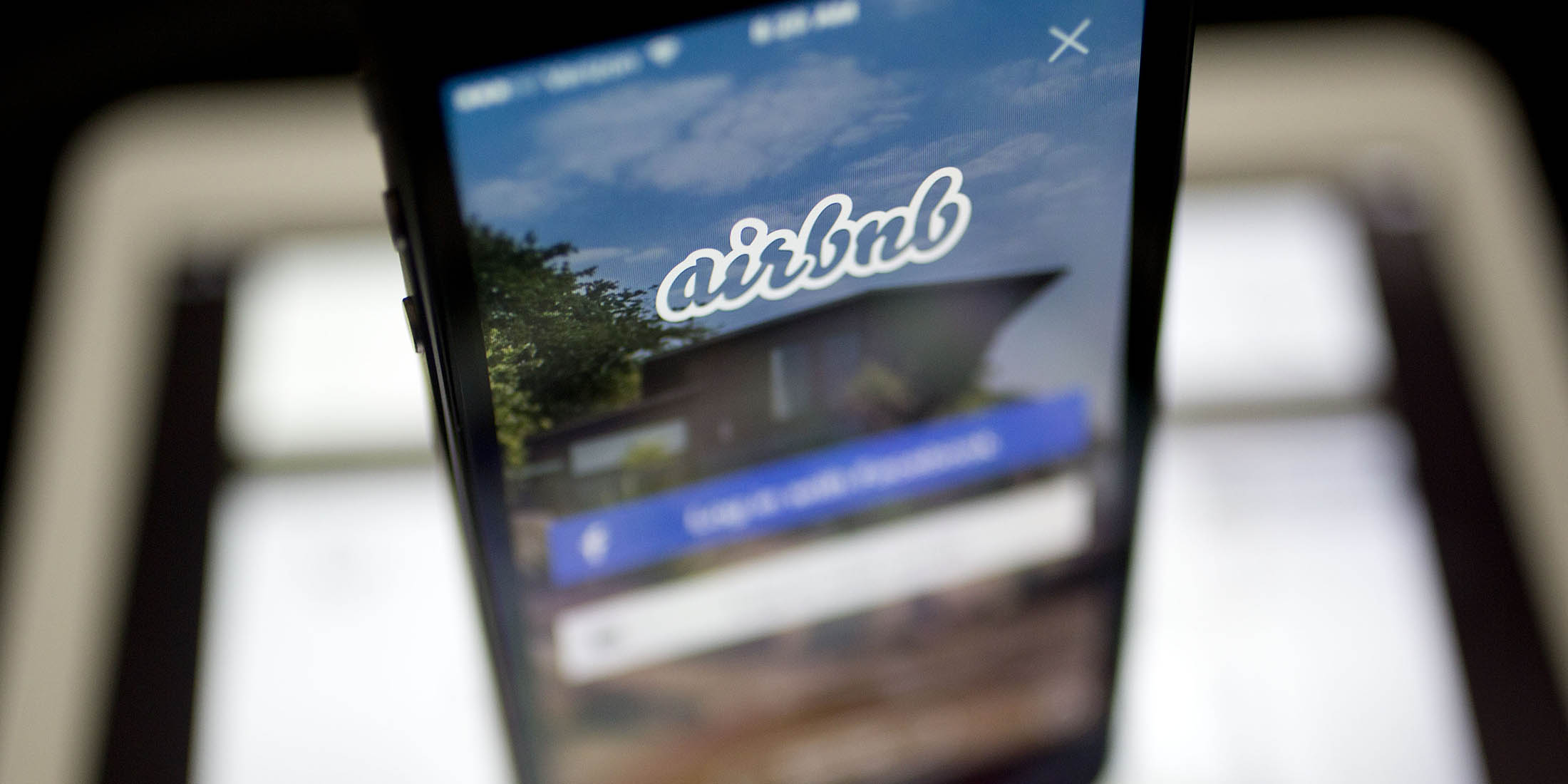 Not even President-elect Donald Trump can make the hotel industry great again.

The industry is already experiencing trouble with lower occupancy rates and smaller profits per room, and a new survey from Morgan Stanley points to more problems in the future. The bank’s survey found that peer-to-peer travel startup Airbnb Inc. is presenting an even greater threat to hotels than expected.

“Our AlphaWise survey shows rising Airbnb adoption (now ~18 percent of travelers) with demand increasingly coming from hotels,” the team, led by Brian Nowak, writes. “While still small, we believe Airbnb has been almost double the threat to hotels in 2016 than previously believed, and the threat is growing.”

The survey, in which more than 4,000 consumers from the U.S., U.K., France and Germany participated, was meant to gauge not only the growth of Airbnb but also the biggest sources of demand for the service. There is a variety of opinions on whether Airbnb is more of a threat to hotels or to online travel companies like The Priceline Group Inc., and Morgan Stanley is now of the mind that hotels are going to take the bigger hit. 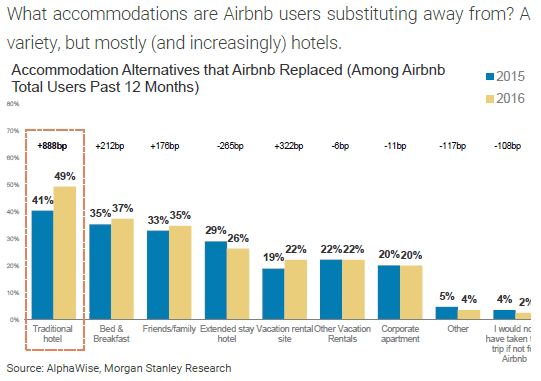 In contrast, the team says, online travel agencies (OTAs) should remain “more resilient,” with only small decreases in user penetration. The survey showed large drops in both the number of people using hotel websites as well as the number of people saying they call or walk in to hotels.

Related Articles
Analysing Googles New Booking Engine For Hotels And Vacation Rentals
Most travel booking engines are likely to be well aware of Google’s push in...
Podcast: How to choose a New PMS (Episode 2 of 6)
We are continuing our 6 part series on How to Choose a New PMS. ...
Email Ideas That Turn Lookers Into Bookers
With recent privacy changes affecting targeted ads, the importance of email...
Leveraging Customer Intelligence and Data Analytics to Drive ROI
In today’s ever-evolving hospitality industry, what makes a great marketing...
Key Factors to Calculate Demand Forecasting
When projecting a point in time in the future and trying to anticipate dema...
Restoring Your ADR Post Crisis
Trying to figure out how to best build up your ADR after the crisis? Don’t ...