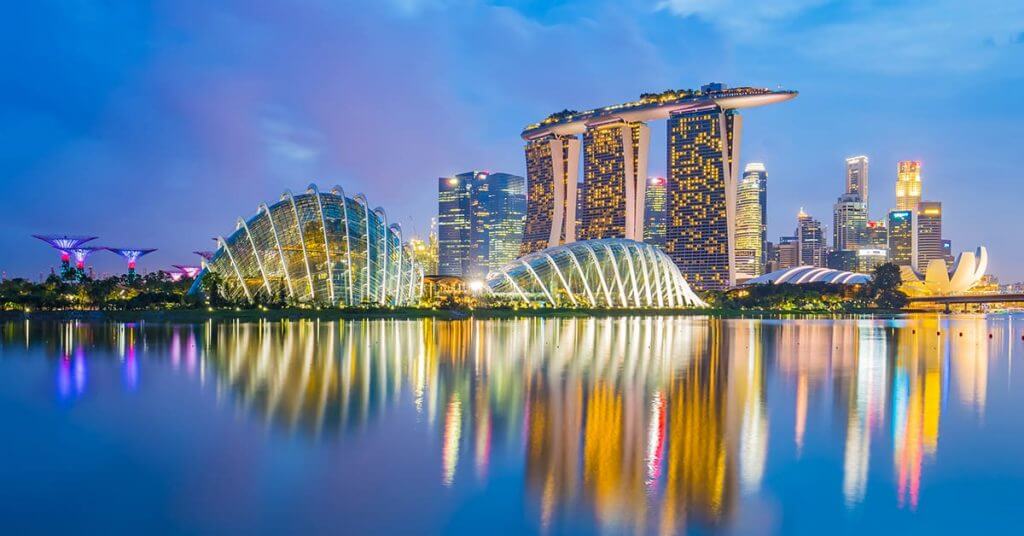 The Republic of Singapore is a metropolitan city-state and island country in Southeast Asia with a total land area of an estimated 714.3 square kilometres. It is situated at the southern tip of the Malayan Peninsula, between Malaysia and Indonesia. With an economy supported by its growing population of approximately 5.8 million people, Singapore has witnessed remarkable record of sustained economic growth throughout the years and bolsters its role as a global commerce, finance and transportation hub.

Overall economy in Singapore expanded by 0.7% in 2019, slower than the 3.1% growth in 2018. The manufacturing industry contracted sharply by 1.4% on the back of the ongoing trade war and global uncertainty. The service sector, on the other hand, grew by 1.1%, with the information and communication and the financial and insurance sectors registering the fastest pace of growth.

Tourism remains as an important pillar in driving economic growth in Singapore.  According to the World Travel & Tourism Council (WTTC), the direct and total contribution of Travel & Tourism to Singapore’s Gross Domestic Product (GDP) in 2019 was 4.0% and 10.0%, respectively.

Tourism arrivals reached a new high of 19.1 million in 2019, supported strongly by international source markets. Activity in the hotel investment has also been robust in 2019, with hotel transaction volume having reached its peak over the past five years, standing at 2.57 billion. 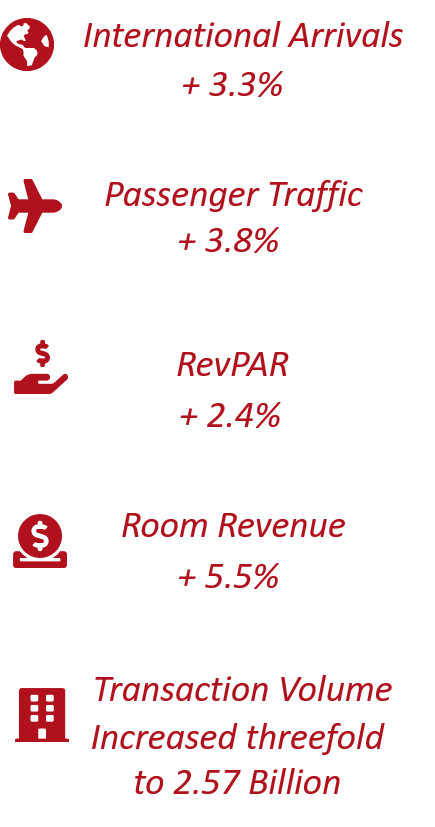 Global economic growth continued to decelerate into 2019 on the back of moderating activity and heightened risks. 2019 started with the US government shutdown, the ongoing uncertainty from the US-China trade tension and Brexit. In the second half of the year, the world witnessed the unfolding of the geopolitical turmoil between Hong Kong and China and the persisting protests in Hong Kong. With growing uncertainties in the geopolitical landscape and global market pressures, international trade and investment activities have softened and is expected to remain subdue. According to the World Bank, global economic growth is projected at 2.5% for 2020.

Given that Singapore’s economy hinges on global economic outlook, the weakening of the global economy has clouded economic prospects in Singapore, recording a 0.7% real GDP growth in 2019. Growth is expected to improve gradually from 2021, supported by an uptick in manufacturing and increase spending on transportation in infrastructure.

With the dimming economic growth and contained inflationary pressure, the Monetary Authority of Singapore (MAS) has maintained the rate of appreciation of the nominal effective exchange rate (NEER) policy band in October 2019. Economist Intelligence Unit (EIU) expects the Singapore dollar to experience a marginal devaluation in 2020 as MAS loosens its policy stance. From 2021, the MAS will target a faster pace of NEER appreciation, with the Singapore dollar expecting to appreciate against the US dollar, reaching S$1.35:US$1 in 2021.

Consumer price inflation increased marginally to 0.6% in 2019. Moving forward, EIU expects inflation rate to increase to 1.0% in 2020, owing to an increase in global food prices due to disruption in supply chains from the coronavirus pandemic. EIU forecast that inflation will rise by an annual average of 1.3% in the next four years.

As at December 2019, the 3-month Singapore Interbank Offered Rate (SIBOR) recorded at 1.77%, a marginal decrease from the previous year which recorded at 1.89% as of December 2018. According to EIU, the lending interest rate observed a negligible increase, recording at 5.3%. Although the impact is minimal, the marginal growth in interest rate is attributable to the rate cuts by the US Federal Reserve (Fed). In 2019, the Fed lowered interest rates three times, reversing nearly all of 2018’s rate increase in a bid to weather the slowing economy.

Read rest of the article at HVS

Related Articles
PODCAST: Implementing Revenue Management in your F&B Operations
Hospitality Financial Leadership: Understanding RevPAR & RevPAR Index
RevPAR and RevPAR index are different and I’m going to explain them both in...
5 Ways to Ace Hospitality Marketing in 2020
Recent reports confirm that digital touchpoints are integral to customer jo...
Big Data and the Hotel Stay
NB: This is a featured article by Pierre Boettner, founder and CEO, hospita...
Uncovering the Formula to Social Media Success: Melia Hotels
Keeping up with the ever-changing digital landscape, the brand never ceases...
Analysing Googles New Booking Engine For Hotels And Vacation Rentals
Most travel booking engines are likely to be well aware of Google’s push in...