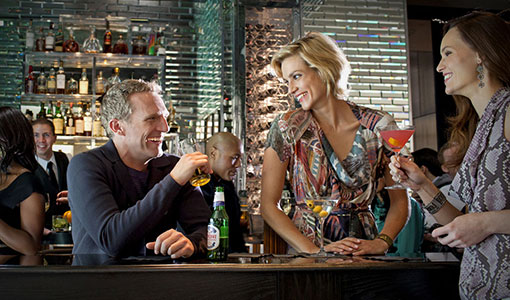 As hotel guests increasingly come to expect amenities that used to be special perks, such as free Wi-Fi, complimentary breakfasts and premium bed linens, the industry may be reaching a customer satisfaction plateau, according to the J.D. Power 2016 North America Hotel Guest Satisfaction Index Study,SM released today.

Although overall satisfaction has improved for a fourth consecutive year, increasing by 2 points from 2015 to average 806, this represents a much smaller increase than in recent years.

“Customers have responded well to the enhanced offerings provided by some hotel brands to create value, but as those perks become standard, customers are quick to ask, ‘What have you done for me lately?’” said Rick Garlick, global travel and hospitality practice lead at J.D. Power.

“When guests no longer see added value in the quality of amenities they receive, the only option to truly differentiate a brand is to develop a strong service culture that makes guests feel special and appreciated.”

Interestingly, while satisfaction in most segments has remained flat, the luxury segment has improved by 12 points overall. Much of this improvement is attributed to a 20-point improvement in cost & fees.

“Despite luxury hotels typically being the most expensive, this segment has been able to show guests that they’re providing additional value, which is clearly resonating,” said Garlick.

Related Articles
Predictive Personalization and How It’s Revolutionizing Hospitality
The concept of leveraging technology to improve the user experience and inc...
Hotel Benchmarking: Coffee Time Chat with Peter Brauer and Henrik Karlsson
As we start to come out of the pandemic what is the impact, and engagement,...
New Expert Partner: Strategic Solution Partners
We are delighted to welcome Strategic Solution Partners as an Expert Partne...
Lybra Announces Two-Way Integration with GP Dati Scrigno PMS
Lybra, developer of the Assistant, is proud to announce a two-way integrati...
How to Align Your Distribution and Marketing Strategies to Boost Revenue
Many hotels don't include direct within their distribution cost calculation...
Podcast: Revenue Management Forecasting - The Why, How and What.
In this podcast we talk with Pontus Berner and Veit Meier, from berner+bec...