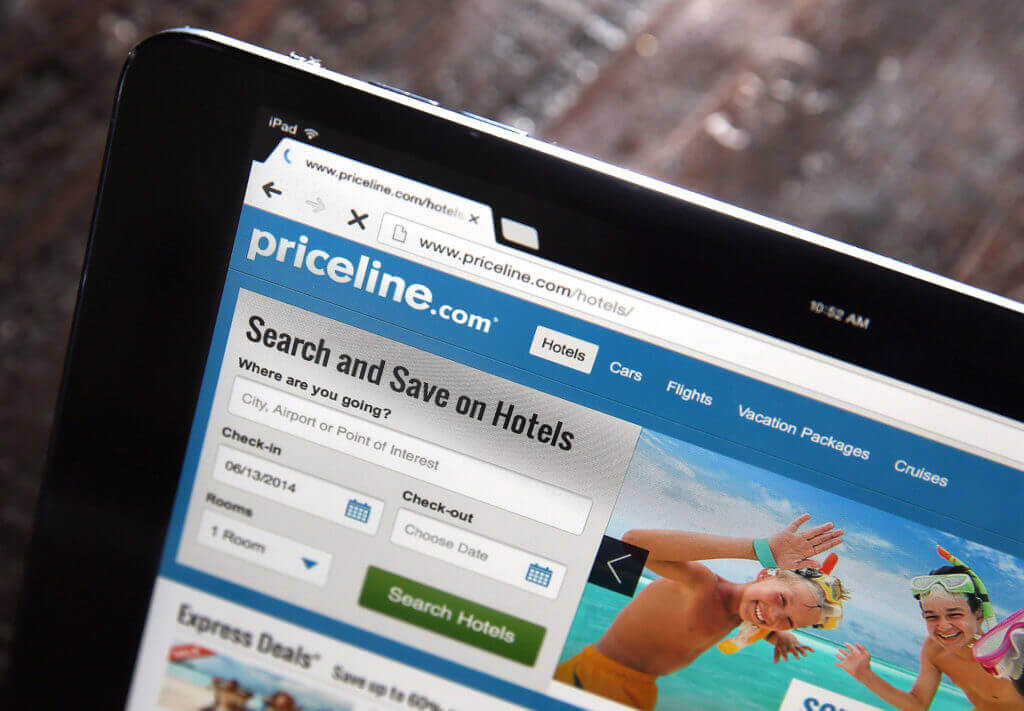 CEO Glenn Fogel was in the keynote hot seat at EyeforTravel Europe last week talking about staying ahead of the curve. Pamela Whitby sums up his key points

Sitting “humbly” in the keynote hot seat at EyeforTravel Europe last week, dressed casually in jeans and an open-neck shirt, a first guess wouldn’t be that this was the CEO of a multi-billion dollar company.

But this is, after all the travel industry, and after spending 17 years building the biggest OTA in the business, with revenues of $10.7bn in 2016, you could argue that Glenn Fogel has every reason to look relaxed. But probably not for long, given the fierce competition and disruptive forces currently at play.

After all, on Friday last week he might have read a Bloomberg report on plans by The American Hotel & Lodging Association (AHLA) to lobby the Trump administration about the so-called “unfair practices” of the Expedia-Priceline duopoly. And then yesterday, he joined CFO Daniel Finnegan to face some testing analysts’ questions in a conference call; shares in Priceline were down 3.3% on news it had missed its first quarter targets.

Still, for the short time last Wednesday that Fogel faced questions on everything from Priceline’s M&A strategy to managing complexity and the next big thing in technology, it was clear that, in spite of the challenges, he remains excited about the future – and proud of what Priceline has achieved to date.

“We came so close to disappearing. Even my friends thought we’d go under,” Fogel said, reminding the audience that in 2000 it nearly did after the Internet bubble burst and wiped over 99% off Priceline’s then $30bn market cap. “But not only have we survived, we have also grown…we may not be curing cancer but I do believe travel brings happiness to people. We’ve helped make that easier, and that makes me feel good.”

Priceline has certainly grown through a series of “synergistic” mergers and acquisitions by targeting companies that it can learn from.“One of the dumbest ideas in the world would be to say let’s buy that company and tell them what do to. We buy them so that they can tell us what to do,” Fogel said.

Related Articles
10 Ways to Increase Direct Hotel Bookings and Pay Less Commission
OTAs have increased their market share and now want to control the user’s j...
The SCA Tsunami is Coming, How Will it Impact Hospitality Industry
From January 1st 2021 a new regulation on payments for online bookings that...
When Every Penny Counts, Get Revenue Generating Basics Right?
We should be easy to do business with and operate effectively and profitabl...
Could Hotels be Back in the Distribution Driving Seat?
Despite early predictions that the OTAs would dominate the distribution lan...
Three Quick Wins to Optimize Post-Pandemic Hotel Distribution
Central to a sustainable de-risked distribution strategy will be optimizing...
8 Top Travel Trends Hotels Must Act on to Capture Demand in 2021
If optimism turns into reality, hotels could see the first signs of leisure...