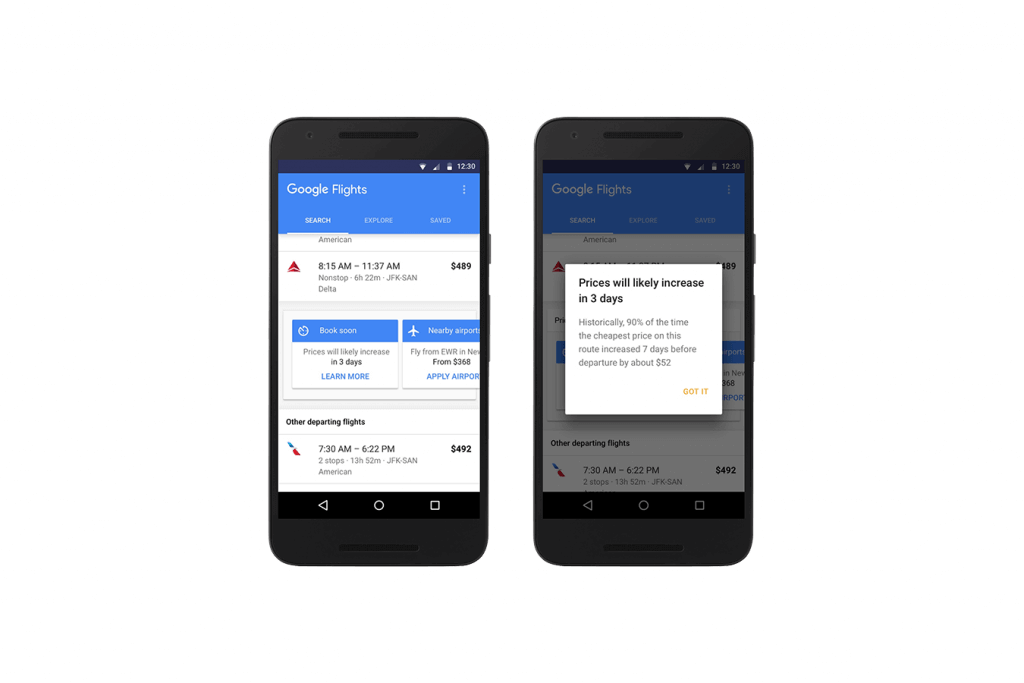 Even when Google enhances its search in unoriginal ways, the travel industry needs to take notice because the search giant might someday become a major booking tool for consumers.

Here are Google’s two most notable moves: It has begun to add airfare predictions to its metasearch tool. It has also begun to prominently encourage consumers to sign up for hotel loyalty programs for access to special rates or benefits — a ploy that dovetails with hotel chains’ efforts to encourage more direct booking.

Adding predictions of price changes for plane tickets is a catch-up move. Fare forecasts have been common on a few travel metasearch platforms like FareCompare, Hopper, Kayak, and Momondo for some time.

But Google’s new predictions of fare changes — along with its new email alerts to warn users if fares are likely to increase — may lure some customers away from the established metasearch competitors, given its mammoth user install base and its superior load time for delivering comprehensive search results.

Google is starting to predict when fares are likely to rise for some specific flights and routes. It’s also forecasting how much a user might save by booking right away.

Users holding out for a better deal can now opt to track a flight or route and receive email alerts when fares are anticipated to change. The company says that “fare expiration and expected price jump notifications will be rolling out over the coming weeks everywhere Google Flights is available.”

Google is also adding tips, or pop-up boxes, with relevant shopping advice. For instance, a user may see a tip saying fares are expected to spike based on historic trends for a given route. The tip backs up its claim with specifics, saying how much the fare will probably rise and roughly when.

Google also has its eyes on hotels. Today the company says it has begun to inform travelers when savings or benefits like free wifi are available to loyalty members of hotel chains.

Related Articles
Should You Rush The Translation of Your Website to Mandarin?
We can all agree that China is a HUGE market. NB: This is an article from...