Something in the Airbnb: hosts anxious as New York begins crackdown 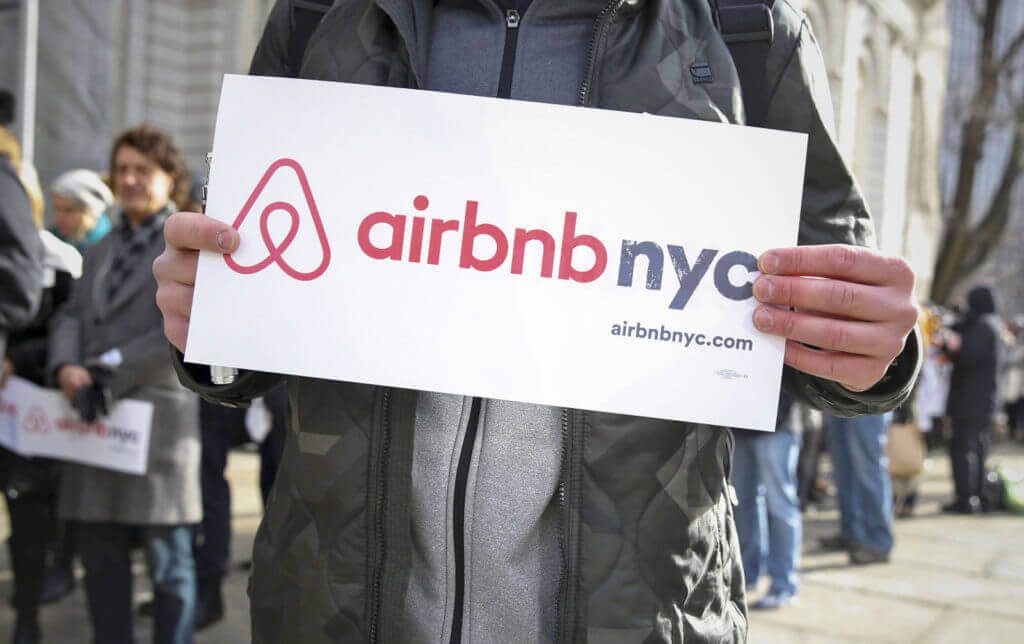 A war of words between Airbnb and New York, its largest market, has escalated with the first fine issued by the city in what is expected to be a crackdown on “hosts”.

Tatiana Cames, a host who advertised “shabby chic” apartments in Brooklyn to tourists and business travelers, was fined $5,000. Penalties will escalate if she continues renting. The fine was seen by one state assembly member as “just the beginning” of the crackdown.

New Yorkers who make money on the side by offering their apartments for short-term rental through Airbnb have declared themselves confused, unhappy and nervous.

“I’m not sure if it’s legal or not,” said Sierra Kraft, 30, who works for a nonprofit accreditation service and, via Airbnb, rents out her tiny one-bedroom apartment in an old tenement building on the Lower East Side in Manhattan. “I rent out my apartment when I go away on trips and my lease says I can have guests for under 30 days.”

Unfortunately, city and state laws say the opposite: Kraft is prohibited from renting out her place for less than 30 days and it’s illegal to advertise it on Airbnb or other home-sharing platforms.

Kraft has been an Airbnb “host” for four years, previously renting out an apartment further uptown, near Columbia University.

“It also was probably not legal,” she said. But, she says, “rent is so expensive in New York.” And visitors love it.

“I’ve had parents visiting their children, friends, I have a couple in there now and the next ones are coming into town to sit their bar exam. It’s cheaper than a hotel and it’s a great way of connecting people from all around the globe.”

Kraft was staying at her boyfriend’s place in Brooklyn and preparing for a trip to Thailand and Malaysia, where she planned to rent accommodations on Airbnb. She has also been an Airbnb guest in Portland, Oregon, and in Colombia and Turkey. She estimates she makes about $2,000 a year from renting out her apartment.

Read rest of the article at The Guardian

Related Articles
Interview: Airbnb Business Travel Lead Marc McCabe
Airbnb’s rapid conquest of the guest accommodation market shows no sign of ...
What Properties Can Learn From Airbnb And The Sharing Economy
First it was the online travel agencies (OTAs) in 2000. Just when hoteliers...